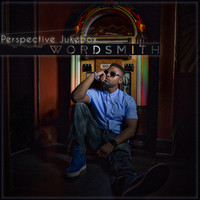 This rap artist isn’t what you would find all over the radio. His raps are not filled with drugs, sex, and foul language. His songs are substantial and about things most people deal with from time to time. The introduction of this playlist starts with the sound of footsteps. Then the sound of a coin being jangled around follows. It’s assumed that he is putting the coin into a jukebox, this sound is followed by a short rap and the introduction ends. Introducing the album isn’t something most artists do, it’s refreshing. The song that follows the introduction is a rap song. The lyrics are expressing disgust over greed and modern day values. This song is titled, The Statement. Y’all don’t know is the next song on the list. It’s a piece that has a catchy beginning with claps, soon to be followed by the bass dropping. “Have some respect,” and, “what do y’all know about foreclosure” is some lines from this song. It’s addressing serious issues which many people can’t relate to.

Made is the next song on the playlist. It starts with piano and claps. Then bass takes control of the instrumentals and his rapping follows soon after. This song is about him making it with his music. The next song makes for really great dance music. It starts with a techno vibe that re-occurs throughout the song and combines that with the style from the previous pieces. Ascension feat. Nikki Taylor is another great song about issues which everyday people sometimes face. He’s raping about working hard for a living. The next piece is called, Be U, it conveys a great message to its listeners. He’s asking the listener to just be their selves, instead of trying to be someone else. My Night is the only song on the playlist that revolves around partying. It’s about waking up the day after a night on the town to some women he doesn’t remember.

On the Come Up is the next song on the list. This song is also very catchy. It’s about pulling yourself up when you’re down. The Promise is the following piece; he makes a promise in the song to those who are important to him. He’s raping about being there for them and helping them through whatever times they are in. Fill the Space is another song about relationships. It isn’t clear until about half-way through that he’s talking about filling the space in a romantic relationship. It’s a subtle love song. This piece is firmly set in the real world; it’s not about empty promises but about a practical and reliable relationship.

Hope Box Outro is the song bookending the intro. It starts with the sound of locks. Then he lets the listener know that there are two bonus tracks at the end. This bonus material is; Man Please and The Promise (Acoustic Version). Man Please is about dealing with men who are disrespectful. Then the final bit of bonus material is the acoustic version of The Promise as it says. No bass, the song now is lighter, but no more effective than the original version.