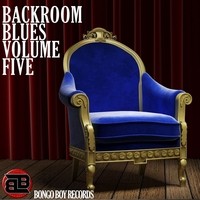 Mike Gallemore opens with a fiery guitar lick on “Fantasy”. With a rollicking rhythm and passionate vocals, the song has a classic feeling to it. By far the best part of the song is how the entire thing has an unhinged quality to it.

A lumbering reflective pace defines Big Chris & D’Bare Bones Band’s powerful muscle of “Girl In The Window”. The slow-burning style works to the song’s benefit for the heaviness adds to the song’s narrative. Over the course of the song an entire life comes into view.

Swinging out with true style is the confident vocals of Bob Birthisel on “Blues Conversation”. Quite nimble guitar work adorns the song as it veers wildly to and fro. This wild untamed spirit works to the song’s ultimate benefit.

With a hushed whisper, Inches From Sin’s “Can’t Help Me Now” starts things off with a true sense of awe. The song possesses a patient demeanor while everything else comes into view. Such a buildup allows the entirety of the song to come together resulting in a communal finale.

Triumphant to its very being is Katja Rieckermann’s “Buckaroo ft. Joe Bonamassa”. Gliding along courtesy of a powerful big band and one smoking saxophone, the song has a late-night party vibe. Infinitely colorful everything comes together into one glorious sea of sound.

Not a moment is wasted in starting up the swing of Bob John and Kevin’s “I’ve Seen The Light”. Featuring a live sort of approach, the song seems to invite the listener in moving along with the wonderful sway. Rhythms have an infectious quality while they help to anchor the slightly unhinged unfiltered sound.

Barb Maxey opts for a laid-back low key blues with “Since I First Met You”. Within the song, the sound sprawls out giving the song an atmospheric feeling to it. Melodically rich the way the luxurious approach adds to its dreamy otherworldly quality.

Driving forward with great fury is Slim Chance & The Gamblers on the tension building “The Last To Know”. A physicality of it informs the entirety of the piece while it flails about. Storytelling nicely matches the crazed chaos that takes hold for much of the song.

Hooyoosay combines folk, country, and the blues together on the playful “Down Home Girl”. Vocals further emphasize the humorous yet clearly lovely lyrics that show off Hooyoosay’s articulate highly descriptive storytelling. By keeping things loose and limber the song truly sprawls out.

Power reigns supreme on the dominating sound of Johnny Charles’s “Stinger”. Aptly named the song aims for the jugular. Without a word the song goes on a multi-colored journey, one which seemingly is eternal.

Bobby Rue sings straight from the heart on the tender “Leave The Past Behind You”. Over the course of the track the cyclical repetition adds to the strength of the sound, with each reiteration allowing for greater refinement. Towards the finale, the way all the many layers come together in a final farewell feels real.

Recalling a truly lived childhood is the surreal scope of Blind Dawg Ben Miller’s “Blues Put Da Devil In Me”. A little bit of mischief enters into the song, as the vocals croon in a way reminiscent of a long lost 50s country singer. By incorporating a little western twang into the proceedings, the song casts a soothing spell.

Maniacal guitar solos introduce Buck69’s stately “The Best Place”. Everything about the song is out of control from the ramshackle pounding of the drums to the commanding organs. Above all this is the only calm, the spirited vocals which rise above with great skill.

Like the plot of a demented action movie is Revis Johnson’s “My Gun”. Front and center of the sound are the lyrics which narrate a life lived to the greatest amount of freedom. Everything within the sound adds to the ferment spirit of a story featuring one person who refuses to answer to anyone.

Bob John and Kevin delve into a fuzzed-out lo-fi sound with “9 to 5 Prison”. Sung with a defiant attitude the song lurches forward with a celebration of getting away from it all. The survival, the way people work to keep alive, helps to give the lyrics a universal theme.

“Old Sneaker Blues” has a reflective introspective vibe to it courtesy of Bobby Rue’s weary, life-worn voice. Rather soulful in nature the way that a single artifact can define a life’s path gives the song additional clarity. Instrumentally rich, the song has a kaleidoscopic air to it.

Big Bone Daddy’s “All My Time” defines what a truly great love song should sound like. With the way, the song sprawls out adds to the full sound which glimmers. Piano, organ, everything comes together in a perfectly balanced way.

The Yardbirds go down to the root of the blues with the stunning “Sitting On Top Of The World”. Allowing for a great deal of group play, the way the entire bands listens to each other feels masterful. For the final stretch, they unleash their strength as the entire song descends into a beautiful blaze of glory.