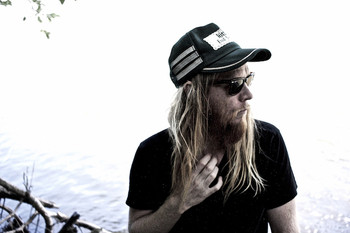 Last week, Larsen announced his forthcoming release of Resolute (out July 21 via Nettwerk Records), the follow up album to his debut release Vagabond. Check out the latest song from the album, “Chicago Song.” The song details a different kind of love for Larsen that happened in the city. The song is about a love affair with a 1973 Martin D-35 guitar he purchased a few years back.

“She was beautiful. While touring with Nashville’s Adam Burrows, we spent an entire afternoon checking out guitars at Chicago Music Exchange.” Larsen adds, “I started to write the song in the store before I bought the guitar! I’ve never been able to find names that felt right for my guitars. Eventually, I decided to name them after the cities they were purchased in, therefore, she will be known forevermore as ‘Chicago.'”