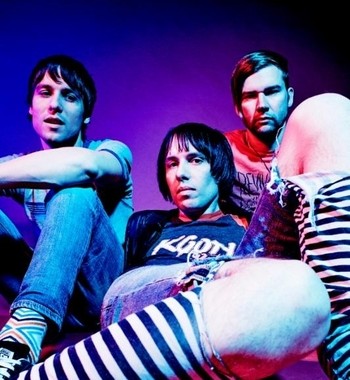 Fresh from their recent run of sold-out UK shows celebrating the ten-year anniversary of their lauded third album Men’s Needs, Women’s Needs, Whatever, The Cribstoday released a new video for their latest single “In Your Palace,” created by the band and their longtime collaborator Andrew Knowles.”In Your Palace” emerges from the band’s recent studio session with Steve Albini, and sees the brothers in typically potent form as they return to their punk roots, with Albini taking them “closer to capturing the magic of their rough ‘n raw live show than ever” (DIY Magazine). Available now as a single, “In Your Palace” follows the seriously limited and cryptically released one-sided 7″ single “Year Of Hate,” which fans were able to purchase over the course of a week from 24 indie stores globally. The Cribs also confirmed a headlining North American tour this fall, with a performance at Riot Fest in Chicago kicking off a coast-to-coast tour, and their first shows in Mexico since 2008. Tickets go on sale this Friday, June 16, details below. Northwest dates will be announced soon.