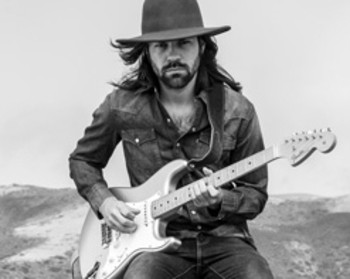 Travis Marsh comes from Southern California, but don’t mistake him for a Los Angeles native: the singer-songwriter, producer, and multi-instrumentalist grew up in the town of Camarillo, about 45 minutes north of the city. Camarillo is an agricultural area, and without the distractions of an urban environment, Marsh says “There really isn’t much to do besides lock yourself in a room and play music all day.”

In an interview with AXS.com, Marsh said, “I’ve always viewed songwriters as the therapists for the public. I think a great songwriter is someone that has mastered the art of tapping into our deepest inner emotions and memories. They can bring you back to moments in your life and then they become a part of you.” He takes influences from bands like The Eagles, Pink Floyd, and the Avett Brothers; stellar songwriters like Bob Dylan and Ryan Adams; and the old troubadours like Jackson Browne and Joni Mitchell. It’s a melting pot of styles that doesn’t fit into a single genre box, but sun-bleached California pop mixed with a heavy dose of desert country-rock comes close.

We’re excited to bring you the stellar “Lay Me Down” video from Travis Marsh, which premiered back in March. In the video, Marsh- who has just been shot- is joined in a motel room by a striking, yet mysterious woman (played by model Asphyxia Noir), who has come to remove the bullet and clean up his wounds. Young Chicago rapper G. Herbo- who features on the song- plays the hitman in the video. Marsh told YouHeardThatNew, “I had a great time writing music and coming together on this track with Herb to help bring awareness to some of the social injustices we face today from L.A. to the Windy City.”