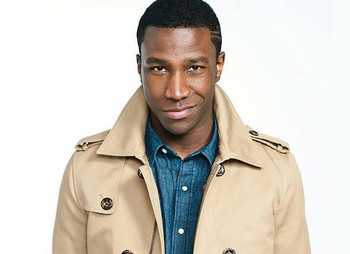 Singer, songwriter, and producer Rich Lowe currently lives in San Antonio, but his roots are firmly entrenched in the NYC boro of Brooklyn. With both of his parents incarcerated by the time he was three years old, Lowe is no stranger to adversity. But despite facing many difficult circumstances, he had music as his savior. It was his music teacher at Brooklyn High School of The Arts, Mrs. Charlene Corbett-Thomas, who discovered Lowe’s talent and passion for singing and inspired him to devote his life to a career in music.

Lowe was raised by his grandmother Carrie Davis, who unfortunately passed away in 2001; when he released his debut music video, it was no surprise he picked one of her favorite songs, Jackie Wilson’s 1958 hit “Lonely Teardrops.” In their online premiere of the video, Vibe said, “With writing and production credits for the likes of Erick Sermon and rapper Fred Da Godson, the Brooklyn crooner strives to revive R&B with his own soulful spin.” Blogs and radio stations are constantly buzzing about Rich Lowe; he’s even been recognized by leading entertainment and hip-hop news website Worldstar Hiphop.

Following “Lonely Teardrops”, Rich Lowe released the EP 12:27pm in 2015. He’s released six music videos to date but his latest effort- the visual for “Boogey Man” is his best yet. Lowe partnered with B.Sharpe for the writing, production, and direction of the “Boogey Man” music video. The video opens with Lowe walking home from a dance rehearsal with his friends, when they encounter a creepy young girl with pigtails and dark makeup, who says, “He’s coming for you.” They’re not about to be threatened, so they keep walking, only to encounter more similarly-dressed kids as well.

The boogey man is after them, but they retaliate in dance. Impressive dance moves are a common theme in Rich Lowe’s music videos, but with choreography by Maurice Dominique, these moves are on point and some of his best yet.