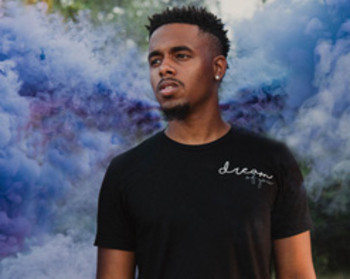 “I love the creative process. Coming up with a concept and then seeing people relate and be impacted by that idea is fascinating to me,” says 22-year-old Jaylon Ashaun, an R&B/Pop artist paving his own way to success. Having discovered his voice growing up in Houston, TX, he started out his progression as an artist by making beats with his mouth well before he could even talk.

Unlike many songwriters, Ashaun, an articulate, strident Houstonian who started singing in the church, didn’t lose his faith after he lost his father to an enlarged heart. Instead, he embraced what it’s like to “be a man” on his own, credits God for his life’s blessings, and was inspired to create an album called “My Identity”, which deftly interlaces the openness and candor of Soul music with the tectonic beats and synths of the alternative music world. His latest hit, “Settle,” is the perfect combination of all aspects of his shining aesthetic.

Jaylon graduated to piano lessons at age six after starting to stretch his vocal cords at the age of four, pikcing up the guitar in high school. Jaylon made his debut as a pop artist in 2015 with the release of his first album, “My Identity,” which set the tone for his sound as a performer. Since then, he has added an album titled “Dream of You,” and several visual aids to his repertoire of releases. His music can be described as “a crossover between R&B and Pop sounds.” Some of his major musical influences include One Republic, Xavier Omar, John Legend, Jon Bellion, and Lianne La Havas.