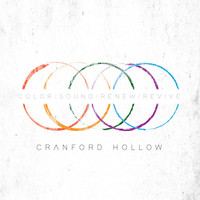 The almighty south, where the marshes, lakes, plants, and all things green grow far and wide, that it’s surrounded by plantations, forts, and more so then you would expect the south to dish out. What does this all mean really, well from the depths of the state that is South Carolina. Explosive southern rockers Cranford Hollow, have got a new song up their sleeves called “And You, Brutus”, off their full-length release “Color/Sound/Renew/Revive”.

That being said “And You, Brutus”, ends up being as any other southern rock track or act to back it up. It becomes one of those bands you have to hear to expect the unexpected well no, not really no. The unexpected does not happen from the likes of Cranford Hollow. Oh no they are not meant like that, they are more so an act that has come a long way, so long that they have taken that length in the form of travel. Going far distances to spread the likeness of their music and boy has it worked.

So much so that these guys have released a handful of full-lengths, played countless shows, and released this latest piece, now that is saying something at that. In any case though this track on its own, sounds decent, it is like a regular country track, you could hear on a typical country radio station. Except these guys bring that southern rock atmosphere to it. Taking a step back from the country music scene just a tad. Like you can tell that this song is of the country genre even though that label is not placed upon it, which is fine, because they have embraced that southern hard rock feel.

Not really sure what else to say about this track or the band behind it. Their style may be for some or may not be for everyone. It surely is a track that was interesting and entertaining to the ear, but it is not one that is for me. Again it is interesting and has an entertaining aspect going for it, the vocal chords are nice, instrumentals being just as nice. It just brings it altogether to sound nice.

If you are into the country genre or southern hard rock genre then these guys are a lot like other such acts as Blackberry Smoke, The Black Crowes, Blackfoot, Black Stone Cherry or maybe even some Lynyrd Skynrd. If those acts are to your liking then surely the band that is Cranford Hollow will get your pulses up and running. If not then perhaps this band is just not for you. It really is hard to say really.

“And You, Brutus”, off “Color/Sound/Renew/Revive” are two releases that keep that southern hard rock momentum alive and well. It expands on the genre, allowing other up-and-comers to branch out with their own rendition of the classic genre. Cranford Hollow has done that and will continue to do so, as it is what they do best. Making music that is, not much more to be said other than that.