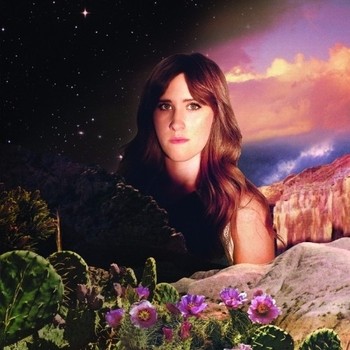 Singer/songwriter Amber Coffman will release her upcoming debut album City Of No Reply June 2 on Columbia Records. The 11-track album will be available for pre-order May 19 and features singles “All To Myself” and “No Coffee.”

Today, Amber Coffman released the video for her latest single “No Coffee,” watch HERE @skopemag. The visual, directed by Zia Anger, mirrors the dark yet humorous undertones of the song with Coffman describing the video as “a bit of a commentary on the American Dream, which I think informs a lot of our romantic endeavors, and often times in a not-so-healthy or fulfilling way.”

Former guitarist/singer for ground-breaking indie band the Dirty Projectors, Amber wrote and recorded her solo album in Los Angeles. She’s quietly become one of the most intriguing and sought-after vocalists, delivering notable performances with Bjork and David Byrne on separate Dirty Projectors collaborations (Mount Wittenberg Orca and “Knotty Pine,” respectively). A host of cutting-edge artists from the EDM, hip-hop, and indie worlds have also enlisted Coffman’s talents for their own projects. Artists she has collaborated with include Major Lazer, Rusko, J.Cole, Snoop Dogg, Velvet Underground impresario John Cale, and Frank Ocean on his recent album Blonde.