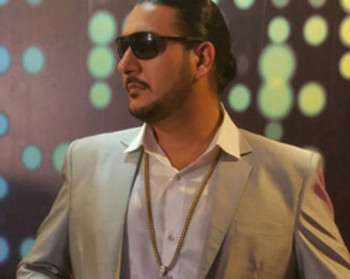 Tajinder Singh, also known as DJ SirTaj, is a one-of-a-kind, diamond-in-the-rough kind of artist. Complete with hard-hitting moods and an irrefutable tenacity, he is an act that you do not want to miss. Hailing from the streets of India, he made his journey to the United States in 1991, landing in Atlanta, Georgia. DJ SirTaj is what one would call a jack-of-all-trades. As a Music Engineering graduate, this Punjabi-hop artist is a producer, businessman and lyricist. He is taking the ATL by storm with his fusion of Punjabi, Soul and Hip-Hop music, turning the hip-hop world on it’s proverbial ear. His latest single featuring Q.T., Slice 9 and DJ Funky, “All Day,” is a perfect example of the gloomy keyboard and thumping, dance-inducing beats found in his unbelievably catchy tracks.

Not quite new to the performing scene, DJ SirTaj performed in numerous cultural happenings from 1993-2001. A year after graduating, in 2007 he founded his record label and studio, “TRIPPPLE P ENTERTAINMENT” in Decatur, GA. Trippple P stands for “Pure Punjabi Playaz.” The label includes Gourav Singh Raina, also known as NDN. Together, they carefully produce the sounds and cadences of different cultures to bring listeners something totally fresh and unique. DJ SirTaj is presently working on a movie project in India as an executive producer, creating the soundtrack.

Perforated with the Get Money, rough lifestyle that the Hip Hop world is known for, the video for “All Day” will have you counting your stack of Benjamins while you find yourself falling into the groove. Jam-packed with hustler-like developments, this video is a day in the life of the trap boys and their hustlin’. Blending Punjabi into his lyrics, this song is a perfect synthesis of DJ SirTaj’s style and modern Hip Hop. Amongst expensive cigars, tons and tons of cash being accumulated without a second thought and a confident, boastful swagger not to be messed with, this video shows the grind DJ SirTaj lives “All Day.”