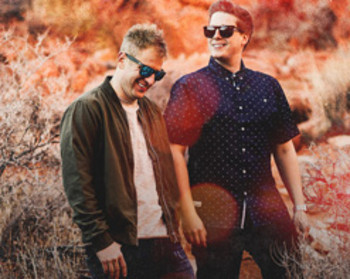 “Gamma Gamma” in 2014. “Anchor” in 2015. “Blackout” in 2016. The soon-to-be seminal EDM duo Tritonal has been giving us hit after hit over the past 3 years. Fast-forward to late-February of 2017 and we are confident that Tritonal has brought another winner to the table with their newest track, “Strangers.”

It’s been an incredible 12 months for the Austin, TX duo. In 2016, Tritonal surpassed 53 million streams comprehensively on Spotify, over 10 million of which was attributed to the Chainsmokers collaboration, “Until You Were Gone.” The pair has also remixed Adam Lambert’s hit “Ghost Town,” which reached millions of listeners on iTunes, SoundCloud and Sirius via the podcast, “Tritonia.”

Ask any loyal fan of the two musicians what makes them so incredible, and they will not hesitate to tell you that Tritonal is an experience that has to be seen live to fully appreciate and understand what they do. With an extensive US tour where they sold out legendary venues like Terminal 5 in New York City and The Shrine Auditorium in Los Angeles, and are poised to bring the masses an even bigger and better live show on the momentum generated by “Strangers.”