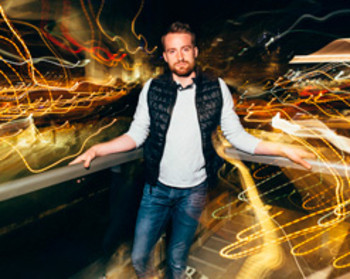 Blending his knack for striking a balance of pop rock radio and out of the box, creative instrumentation, Roger Jaeger has quickly established himself as an inspiring and refreshing artist. The Oklahoma native’s third album, Start Over, reflects the sentiments and convictions Roger has gathered along his personal journey of discovery. Today we are excited to share with you not one, but two, of his excellent tracks from the album, “Elevator” and“Start Over.”

Perhaps most formative was the time he spent living abroad in India. While there he fell in love with the sitar and developed a strong devotion and passion for the country, its people, and its culture. From there he began infusing his modern Coldplay-esque sound with eastern influences and the unmistakeable sound of the sitar.

Fans and industry alike are taking notice as well. In 2016 Roger signed 15 sync licenses with major television networks like Discovery, MTV, and NASCAR. 2017 has Roger hitting the road in support of Start Over including a Texas tour in March as well as a tour of California. We could carry on about the praise surrounding Roger Jaeger, but what really matters is letting the music videos do the talking!