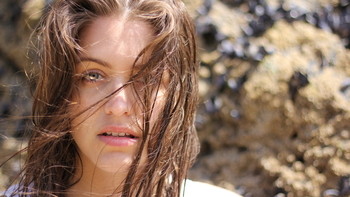 London-based singer-songwriter Irini Mando has unveiled the video for latest single “Surfin’ Sky High”. It is the third release from sophomore EP Eden and follows hot on the heels of previous single “Tide”, which became an instant hit on streaming platforms such as VEVO last year.

The self-penned hazy R&B track was produced by up-and-coming producer JFlames and talks about moving on and coming to terms with the end of a relationship, with its accompanying visuals the result of a 6-month project filmed at 10 different locations across London and Brighton. Irini says, “‘Surfin’ Sky High’ describes how I feel about past relationships that didn’t end so well. I don’t believe in holding onto a grudge or any negativity. Shooting by the sea was a no brainer for me as I always feel at home when I’m by the water; it’s where I go to refocus and redefine myself and to start again.”

“Surfin’ Sky High” marks the latest chapter in Irini’s burgeoning career, which has gone from strength to strength in the past few years. In 2015 she worked with the Amy Winehouse Foundation and completed the Amy’s Yard programme, delivering tracks “Pink Noise” and “Hang” along the way, the latter featuring on the Foundation’s first compilation album by Island Records the same year.