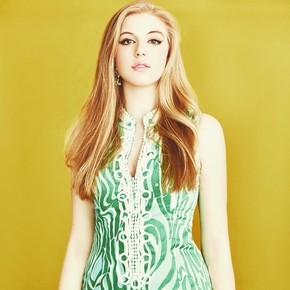 New York-based indie pop singer-songwriter, Heather LaRose, announces the feature of her track, “New Moon,” on popular Youtube Channel, Teen Wolf Music. LaRose says, “Inspired by MTV’s Teen Wolf, [New Moon] is about being an underdog in whatever conflict you’re going through and knowing you’re going to succeed even though there is no tangible evidence, like the phase of the ‘new moon.’”

A Westchester, New York native, LaRose’s music has garnered features on a number of reputable media platforms. LaRose has performed live at SXSW Music Festival in Austin, TX and Fashion Week Music Festival in New York, NY. Her buzz caught the attention of clothing company Lilly Pulitzer and landed an official dress sponsorship with the brand. Her single, “Run With Me”, was exclusively premiered on Fanlala who raved, “it’s got a bouncy yet laid back feel, and it’s a must-add to any music fan’s collection.” While Popwrapped, who premiered her track “I Could Never Say No,” said, “it’s a fun little number sure to bring a smile to the faces of those who listen to it.”