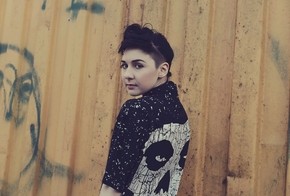 Natalie McCool, one of the most well respected singer-songwriters to emerge recently, has announced the upcoming release of her second single this year. ‘Dig It Out’ will surely build upon the plaudits and momentum that previous single ‘Wind Blows Harder’ cultivated, which garnered praise from the likes of The Line of Best Fit, Clash, NME, Nylon, Pigeons & Planes, The Sunday Times and Indie Shuffle.