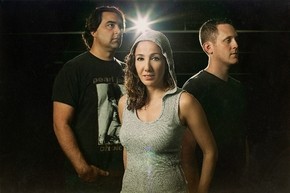 A renowned scientist who has been covered by CNN, MSNBC and the Smithsonian Magazine, frontwoman of alternative rock band Thousand Days, Pardis Sabeti, wrote “One Truth” after she learned her colleague Dr. Shiek Humarr Kahn contracted Ebola while treating 80 patients at one time. The track, which also features the voices of six amazing women scientists from Nigeria and Senegal who are also on the Ebola front line, was Sabeti’s way of singing through the devastation, while also bringing a beacon of light to the crisis.