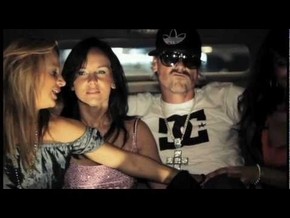 It goes without saying that ever since there has been music; there has been explicit lyrical matter and innuendo within it. Blues singers made famous the term “jelly roll” (if you don’t know; look it up) and entire careers were made possible because of suspect lyrical matter and profanity (I’m looking at you Luke Skywalker). And while the years of 2 Live Crew and NWA are things of the past, Australian rapper, Filthy J is not only employing shock lyrics… he’s also living up to his name.

Growing up in Eastern Melbourne, the artist who would come to be known as Filthy J remarked that his roots were anything but positive in terms of his childhood. “I grew up in Croydon and it was run by gangs and thugs,” he said. “You either learnt how to talk your way out of shit or you learnt to run. I was good at both. On weekends we would hang out at the train station and be constantly fighting with other gangs in the area for bragging rights. Most of my crew from back then are either dead or in jail. I was one of the lucky ones.”

It was once he heard the likes of Gangsta Rap that the idea of Filthy J was born. “I discovered Hip Hop through groups like NWA, Public Enemy and Ice T,” he recalled. “It was the first time I actually felt the artist was saying whatever they felt and not sugar coating it. Hip Hop felt real and raw and still to this day I think the beats from back then are insane. No one will ever beat the 808 sound. It’s classic analogue.”

Now, far removed from gang fights, Filthy spends his days writing single tracks and perfecting his craft. “I basically write songs as singles as I have zero attention span and a busy lifestyle so I can only focus on one thing at a time to be able to give it 110%,” he said. “I work through a professional studio and I have a studio in my house also so I write all the basic music, record a rough lyric and then we go to the pro studio and develop it from there.”

Drawing inspiration from himself and his label, Filthy’s lyrical matter ubiquitous Rap fare. His latest track “Summertime” is an exhibition of his joints. “This is one I have to credit to the studio, they suggested it as a topic and pointed out that everyone digs the Summertime so I wrote it based on all the things we love about the Summertime with the Filthy j spin on it,” he said. “It was a good chance to slow everything down and get all smooth on the flow. When I recorded the track I had pictures of sandy beaches and sexy girls in bikini’s up everywhere in the booth so I could get that sexy summertime feel to come through.”

So what’s next for the Aussie rapper? “The best thing about Filthy is we have no long term goals,” he said in closing. “I work on a track to track basis with little to no pressure from the label. We would like to do a tour soon and see how that goes and I currently have another two tracks I am working on.”

For more information on Filthy J, see his website at http://www.facebook.com/mrfilthyj