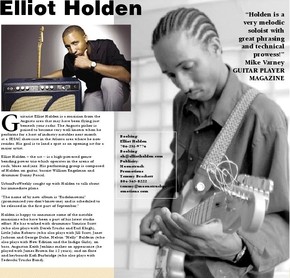 The Royal Knights of MKM are again honored to share this week’s Notes from the Sound Table with Skope’s astute readers, as we expound knowledge of the music industry to help expand your Superior Intellect. Picking things up from last time, heads up to Ixon 1 who sums up his comment with “L.A. Jackson & ATWiLL-Musicology 2101-That’s what time it is!!!” Let’s REWIND to a monumental point in time…

On April 5th, 1985, approximately five thousand radio stations across Africa, North America, Asia, and Europe simultaneously played “We Are the World,” a song written by Michael Jackson and Lionel Richie.   This song based on a simple notion was produced by the legendary Quincy Jones: to unite American recording artists and help raise money for famine victims in one of Africa’s most remarkable lands, Ethiopia. It was initiated by Calypso music legend Harry Belafonte, a true visionary with a track record as an advocate of several high profile civil rights and humanitarian causes. Looking back, this kind gesture took place just a year after L.A. Jackson began my internship with the distributor of this massive project.

The date was January 28th, 1985. We Are the World was recorded by core acts the evening of the American Music Awards; this was a smart way to guarantee that the top recording acts would be present. Before long, the list of supporting acts grew to over three-dozen celebrities, from Dan Aykroyd to Stevie Wonder. The song’s opening developed from a basic raw phrase, and its chorus turned into an international anthem. Producer Quincy Jones transformed three days of pre-production work with Lionel Richie and Michael Jackson into a recording session of less than three hours, by advising artists in advance to “check their egos at the door.”

Next time, we’ll recount what happened afterwards and discuss the implications of this feat to observe their effect on today’s world. Now… check out The Force M.D.’s Relived trailer and master guitarist, Elliot Holden. “If ya don’t know, someone has ta tell ya!”

MOVIE TRAILER OF THE WEEK: The Force M.D.’s Relived