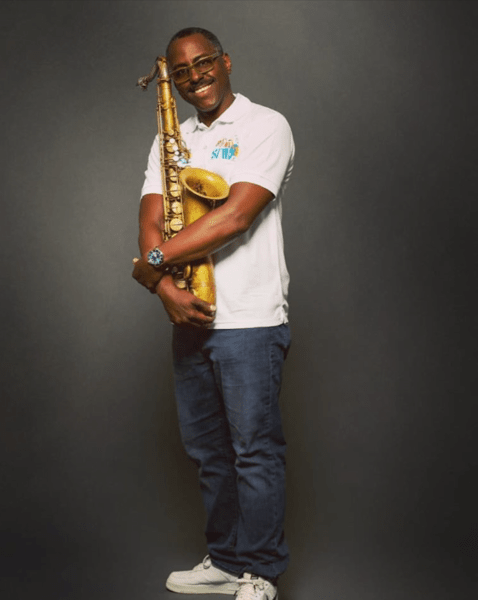 Oral Saxman Rodriguez out of Trinidad and Tobago sets off to fill that gap of instrumental recordings in the Soca industry. He begins his journey with a fitting contribution titled ‘SOCA SAX’. Teaming up with super producer Stadic, producer of T&T 2019 Road March.

Soca music defined by Lord Shorty, its inventor, as the “Soul Of Calypso” is a genre of music that originated within a marginalized subculture in Trinidad and Tobago in the early 1970’s, and developed into a range of styles by the 1980’s. Soca was initially developed by Lord Shorty[ in the early 1970’s in an effort to revive traditional Calypso. Soca is an offshoot of Kaiso/Calypso, with influences from Latin, Cadence, Funk and Soul music.

Soca has evolved since the 1980’s primarily through musicians from various Anglophone Caribbean countries, not only from its birthplace Trinidad and Tobago, but also from Antigua and Barbuda, Montserrat, Saint Vincent and the Grenadines, Barbados, Grenada, Saint Lucia, U.S. and British Virgin Islands, Jamaica, The Bahamas, Guyana and Belize.

Soca Sax is the Declaration of The Independence that the saxophone plays in the formation of beats for the SOCA and CALYPSO hits over the past years.

Oral Rodriguez began his journey performing for six years with XTATIK band with lead singer Machel Montano the Soca King, giving us hits such as “Big Truck” and many more. Oral also performed with the Asylum Band for ten years with lead singer Bunji Garlin & Fay Ann Lyons. In addition, he also performed with Destra Garcia for three years. Oral is presently performing with D All Starz, and is also a member of the TTPS band. This rich experience is what goes into SOCA SAX and many more of his soon to come hits.