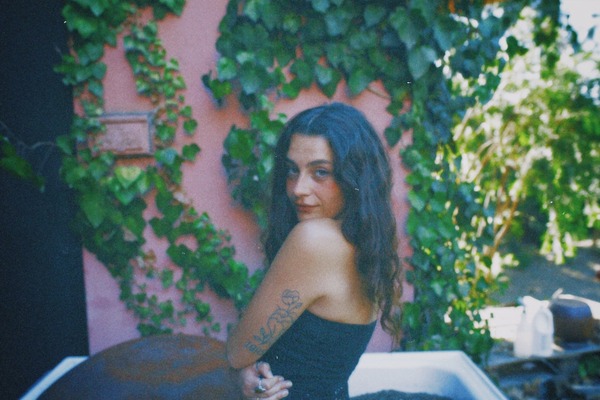 LIB will present an array of top-tier music curation, creative art and immersive environments, and educational classes and workshops — a furthering of its 20 year mission to inspire creativity and foster interconnection.

‘Is Cory Okay?’ draws on the bands classic 80s-inspired alt-pop sound, reflecting on the notion of emotions being mirrored back at you and ultimately coming to the realisation that maybe you’re not as ‘okay’ as you initially thought. The track is reminiscent of an 80’s dance-pop song, consisting of a punchy bass guitar and a bright, uptempo melody to match.

Tungz self-proclaim they just want to be like ABBA – see what you think, single and album below.

An ode to Chief Keef’s 2018 Mansion Musick mixtape, the project features Keef as executive producer, as well as a featured artist on tracks “ATLANTIS” and “ROCK OUT.” Beyond that, the tracklist packs a punch with a stacked list of features including Travis Scott, Future, Lil Baby, JuiceWRLD and Lil B. See the full tracklisting below and prepare for the arrival of Mansion Musik this Friday.

Jamar has always had his eyes on the entertainment world. After moving to Miami from Brooklyn, NY, his passion for music truly manifested. Jamar really began to take music serious by writing lyrics, working with other likeminded artists and studying his favorite entertainers. Jamar sees himself as Rnb/ Pop artist and also hopes to become a successful actor as well.

Enter Shikari are today sharing the video for ‘(pls) set me on fire’, the lead single to be taken from their highly anticipated new album, A Kiss For The Whole World which will be released on 21st April via SO Recordings / Ambush Reality.

THE LATHUMS dig deep with ‘Struggle’

Singing the things that can be so difficult to say, The Lathums return with new single, Struggle, the honest and full-hearted opening track from their upcoming, second album, From Nothing To A Little Bit More. Putting the picture of personal fragility into the frame of their advancing sonic capabilities and two-years-older, two-years-wiser grip on their band’s direction, the track boosts the three-piece’s prowess as their generation’s surging, profound songwriting force.

Bands from the Heavy Psych Sounds Records roster alongside some of the most acclaimed stoner and doom acts of the continent (Stoned Jesus, Messa, Weedpecker…) will all join forces for a top-tier weekend of high-class riffing, fuzz, sweat and love that will rejoice all fans of the genre.

On February 20, 2023, Epictronic Japan will release the album “Moonlight Drive” by the Italian rock band UNIVERSOUND in Japan.

“Moonlight Drive” is the second album by Universound. An emotional journey, made of fast-paced rhythms and “space sounds”, telling a story and representing a historical period: it arises and develops throughout the Covid-19 pandemic.

This album embodies the concept of both individual and collective resilience.

‘Digging Deeper’ is a soaring moment of euphoria – melodic and evocative in equal measure. Loaded with arpeggiators and twinkling synthesiser toplines from Claptone, the vivid track fully utilises Alison’s signature celestial vocals across the vibrant and progressive runtime.

THE SLEEPING SOULS — Release New Political Single: “Caught Up In The Scrape” || + Debut Album This Autumn

Sharp as a butcher’s blade, dripping with the anger of a betrayed generation, “Caught Up In The Scrape” is a rousing punk-rock anthem for our times.

A testament to The Sleeping Souls’ stellar breadth and versatility as musicians, it marks a discernible change of tack from the slow-burning, heartfelt folk of their debut single “Liar/Lover” (released late last year). With its fuzzy, reverb-laden riffs, highly-charged instrumentals and rapid-fire vocals, the new single flaunts the band’s heavier side and ability to switch things up a gear with exhilarating effect.

British singer-songwriter Eleni Drake today announces her new album Surf the Sun and releases its first single “Guts”. New album Surf the Sun will be released on 19th May via her own Vanilla Sky Recordings label, and follows her 2021 debut full length Can’t Stop the Dawn.

On their recent singles “Always Got The Love” and “Replay,” Cub Sport capture the pure heat of a single moment – the elation of a road trip, for example, or the thrill of letting go of the past and looking towards the future.

ALL BETTER Reveal Video For Farewell Single ‘Lately’ Out Now

Brighton alt-punk trio ALL BETTER have revealed the video for their new single ‘Lately’, the final track to be taken from their debut album How To Be Alone, which was released last year via Sugar-Free Records.

The composition of this track is based on a live granulation of Kety’s electric harp, combined with drone sounds created with a pulsating massager on the soundbox of the 47-string classical harp, and vocal reminiscences emitted by Kety with scratchy screams inside the harp soundboard, which decorate this post- classical sound.

“Better Off” was written during Augusta’s first band retreat. Leading members Joe Dent, Zach Stuckey and August Jones went to the latter’s cottage to write music from scratch together for the first time. This is the first of four songs to be released from that session. It is also the first song to be released that was recorded from start to finish in August’s bedroom.

SKINFLINT RETURNS WITH ‘HATE SPELL,’ US TOUR WITH SOULFLY

African metallists Skinflint return on Friday, February 17, 2023 with their sixth release overall, ‘Hate Spell,’ which will be immediately supported by almost a month’s worth of live dates in the US – when the trio tours with Soulfly. Comprised of guitarist/vocalist Giuseppe Sbrana, bassist Kebonye Nkoloso, and drummer Cosmos Modisaemang, Skinflint’s latest album will be issued via Into Records, and retains the raw sound and inspiration from African Mythology that has come to define Skinflint. And to kick things off is the just-issued video for the standout track, “Sasabonsam,” which can be viewed via this link:

City and Colour – acclaimed singer, songwriter and performer Dallas Green – has announced the highly-anticipated new album The Love Still Held Me Near will be released on March 31 via Still Records, an imprint of Dine Alone Records. The Love Still Held Me Near is a deeply personal and cathartic offering, and the most sonically expansive in the celebrated City and Colour canon.

Swedish up-and-coming stoner rockers TIDAL WAVE team up with Invisible Oranges to present their black metal-inspired new video for “Pentagram” today! This epic and über-heavy new single is taken from their new album “The Lord Knows”, to be released this January 20th on Ripple Music.

Sam Gendel’s COOKUP—a new album comprising interpretations of R&B and soul hits originally released between 1992 and 2004—is due February 24, 2023, via Nonesuch Records. As with his 2020 Nonesuch debut, Satin Doll, Gendel recorded COOKUP in his native California with his friends and collaborators Gabe Noel and Philippe Melanson; the trio again adopts an approach of simultaneous synchronized sonic construction/deconstruction of the album’s source material, which this time includes songs by Ginuwine, 112, Aaliyah, All-4-One, Soul 4 Real, Beyoncé, Joe, Erykah Badu, Mario, SWV, and Boyz II Men.