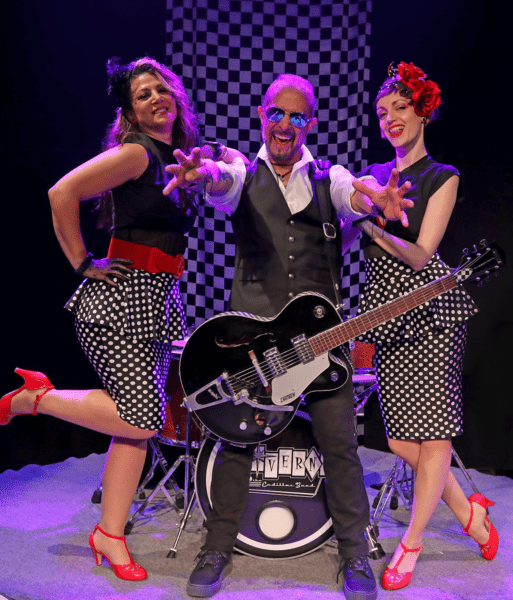 Take one part one part swing, one-part big band and one-part 50’s rock n roll and you have a snapshot of DD Verni and the Cadillac Band.

DD Verni is songwriter/producer/founder of heavy metal legends Overkill. The band has sold millions of records and headlined venues and festivals worldwide for over 35 years. Together with their contemporaries Metallica, Motorhead etc. they are widely credited with creating a new genre of music “Thrash Metal” a blend of heavy metal and punk rock. They have released 19 studio albums from the present dating back to their debut album in 1985.

The music video for the first single “Cadillac Man” features a rockin roarin video of the band on stage showing the live energy of the group, while the second video “Olivia…that’s Who” saw the band using stills to create a new storyboard idea for a video, while the video for the song L.O.V.E shows the Big Band side of the group. With a career spanning almost four decades, DD is a fearless creative mastermind who keeps on rocking!