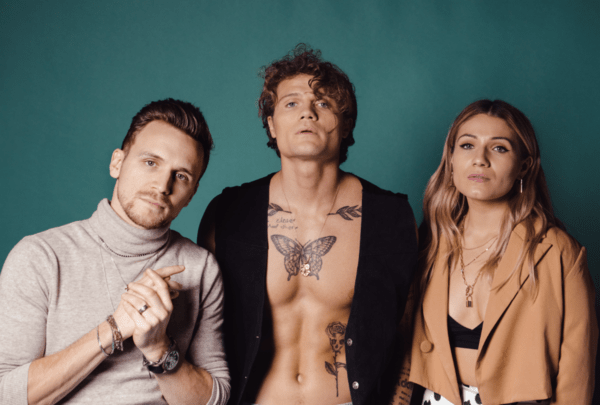 The three siblings have shared an extraordinary journey. They were raised in a religious family, which separated them from the ordinary experiences that most teenagers go through. Manny was nudged into an early marriage when others were having their first dates, leading, unsurprisingly, to an equally early divorce.

The death of their mother opened up a wider world of both personal and musical experiences, but also the punch of grieving and loss. It was a time that We Three documented in their first breakthrough moment with “HEAVEN’S NOT TOO FAR” and “LIFELINE.

“The band’s success is due, in large part, to their unique approach to songwriting, which can be described as an unusual ability to deliver highly relatable songs about mental health, love, and insecurity.

As a child who stuttered, Manny Humlie had to search deeply to find his own self confidence. Now decades past that trauma, he has written of the angst and despair that comes from a lack of confidence.

“When we planned on shooting the video for Confident, I wanted something that would really lay bare the utter vulnerability of the lyric. I think we caught that. There are no cosmetic shots to make me look good, just the honest raw footage of me on a chilly day expressing the emotion I felt and still feel as I grow older…” ~ Manny Humlie