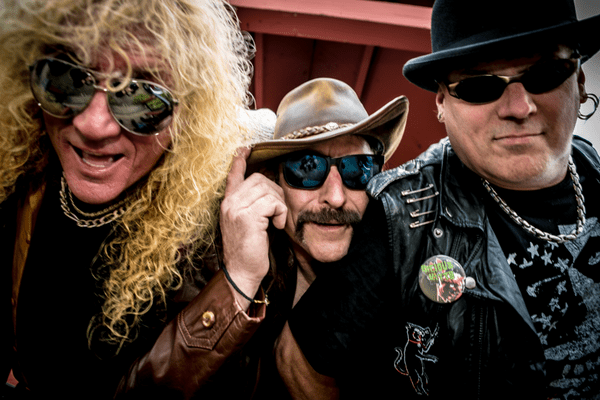 Matt Tantrum, one of the original founding members of the Sea City Dolls, roars back to life with the birth of Vicious Kitty.

With the killer chops of Jimmy St Bitchin on drums and Anthony “bones” Terlicker on bass the trio creates a huge rock sound that is as impressive live as it is in the studio.

Vicious Kitty ‘s songs center around themes that grew from being raised in the heart of Seattle during the grunge years but reflects the arena rock that the major bands brought with them from LA and New York.

Many describe the music as straight ahead rock that somehow translates well into the Indie scene. Perhaps it is attributed to the fact that they are all well seasoned and highly talented musicians that don’t take themselves too seriously.

“Mrs Claus” was written originally by Anthony “bones” Terlicker as an ode to his ex fiancé who always seemed to turn Christmas into a nightmare. The song tells of Mrs Claus being overcome by a dark spell that makes her despise Christmas and the story unfolds from there.

We hope you enjoy Mrs Claus!!