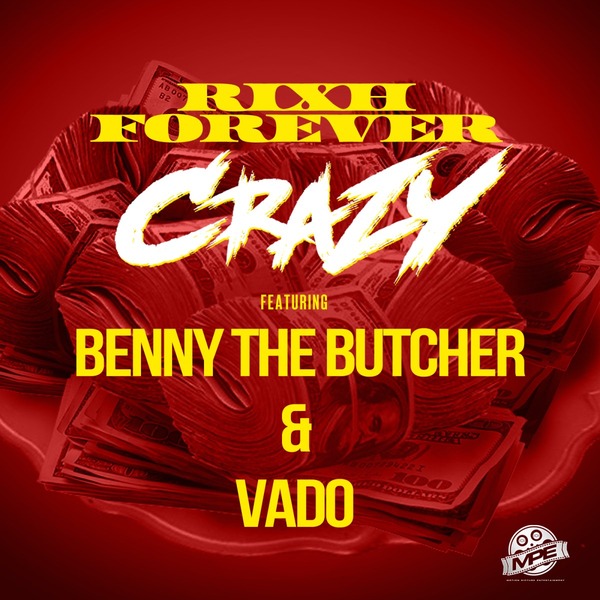 Born in Queens, New York, and now based in Miami, Florida, Rixh Forever translates his authentic experiences from living on the streets to hard-hitting, divergent rap lyrics. What began as a passion only explored through at-home performances for close friends and family is now blossoming into a full-fledged music career that could change the course of his life at just 28 years old. With such a go-getter mindset and head-turning bars, the world is his oyster, and his top-notch talents have already been recognized by Benny The Butcher and Vado upon hearing his most recent single, “Crazy.” They were so drawn to his voice, sound, and perspective that they decided to take part in this creative project, too. The result is an epic trio of musical greatness that will certainly get Rixh Forever’s name on the map.

Listening to “Crazy” just once makes it clear that these artists’ voices could not have made a more perfect blend. Rixh Forever’s tone is smooth yet striking, and with that, his verse-to-chorus transition flows naturally. He sheds light on the importance of being a leader, not a follower, and why we need to teach the younger generation how to be more prepared for the sometimes-cruel world. While Benny The Butcher and Vado’s voices have more sharpness and edginess to them, all three voices have distinctive, defining qualities with great power in delivering the “Crazy” lyrics. The trap instrumental drives the track and makes it almost impossible to listen without bopping along. With all that said, there is also not any chance of listening to “Crazy” just once; it is simply one of those hits that will be played on a loop unapologetically after it is heard.

The performances in the “Crazy” music video are conversational and connect well with listeners and viewers beyond the camera lens. It seeks to teach them by showing the prominence of the song’s overarching theme and message without having to say it blatantly. The scenes were captured in Harlem, New York, and “The Bluff” in Atlanta, Georgia, both considered distressing areas to live. As the song and video fade out, the last frames share a noteworthy statistic about incarceration rates, which is the final push by Rixh Forever to “make it make sense” through “Crazy.”