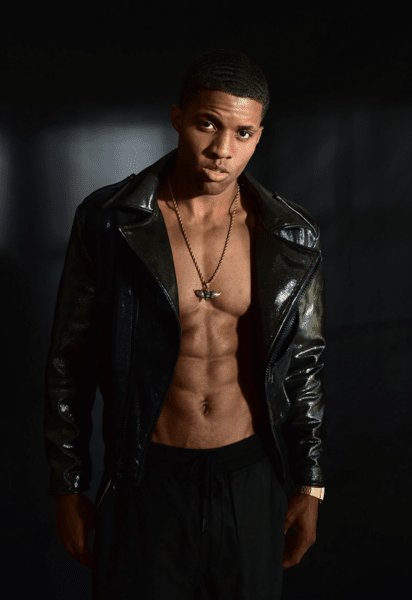 El-Jay’s billboard charting artist high-energy Neo-Soul, R&B and Pop flow music captures the heart and transports audiences back in time, as the era of classic soul.

Entertainment and music have always been present in El-Jay’s life, as he began to demonstrate creativity while showing interest in acting, music, and modeling at an early age. Apart from teaching himself how to dance at the tender age of five, El-Jay drew inspiration from Michael Jackson. He began to mimic Michael’s every move and entertained others with his adaptation of the well-known artist. El-Jay was born and raised in Los Angeles, CA. Being the oldest of three children of the multi-platinum artist; Rome, who’s big hit was ‘I Belong to You’, he has enjoyed a lifetime of musical influence from his father.

During his middle and high school years, El-Jay put music on hold and jumped into playing sports. After his first year of college, he was drawn back to his musical roots and picked up where he left off with his singing, writing, acting, modeling and dancing.

El-Jay recently got his first Billboard Plaque for his last single ‘Love Sick’ which music video got over 1 million views the first week. Now with his new single ‘What You Wanna Do’ which is currently #2 on US Billboard Charts and #12 on Global Billboard charts. This single is constantly climbing and EL-JAY has been making a huge buzz on tour with his new single and viral dance on Triller.

El-Jay was featured in the movie ‘Never Heard’ directed by Josh Webber and his song was on the official soundtrack of the movie.

He also appeared in major TV shows, countless commercials and music videos with over 700 million views, including “Swang” by Rae Sremmurd, ‘F with Your’ by KidInk, ‘Bio Terra Commercial’, and ‘Jay The Cheater’. El-Jay also landed his first leading movie role in ‘Babylon’ portraying a character named Legend.

El-Jay’s new single ‘What You Wanna Do’ off his album ‘The Journey’ has gone to number 1 on iTunes. Along with his dance that went viral on triller, he’s on his way to becoming a household name. EL-JAY is currently on tour.