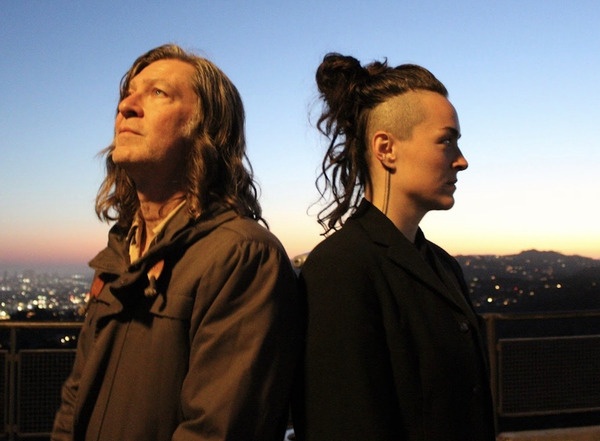 For the first sixty seconds of “Alive” by Los Angeles rock band Palms Station, there are no words at all. Instead, it’s a sheer exercise in sonic power: soaring, majestic vocals over thunderous beats and broad piano chords. It feels solemn and joyous, electrifying and reflective, simultaneously evocative of mainstream pop and spiritual music. Then the volume drops, the voices fall to a hush – and the magic really starts.

That’s because at the minute mark, singer Torii Wolf takes control of the song and doesn’t let go until the last note stops ringing. The L.A. based Wolf, who is a celebrated singer-songwriter in her own right, has worked with Palms Station before: that was her inimitable voice on the aching “Blue Skies Back,” a gorgeous exercise in hopeful acoustic pop-rock. As gorgeous and bracing as that song is, “Alive” ups the intensity considerably. The song swings between intimate, confessional verses and towering choruses; it’s exhilarating, dramatic, transcendent.

And if “Alive” is as invigorating as a hymn, there’s a reason for that. Hillel Tigay, the multi-instrumentalist and songwriter who is the driving force behind Palms Station, is also a cantor and musical director at IKAR, one of the largest and most influential progressive synagogues in Southern California. IKAR is not just noted for being at the cutting edge of progressive spiritual synagogue life around the globe, but it’s also attended by luminaries such as Steven Spielberg, Marta Kauffman, Emmy Rossum, Seth Rogen, Anne Hathaway and Nick Kroll, among others. Hillel is a Hazzan: a learned temple official schooled in devotional music. His activities at the temple have prompted a feature in Variety, which described him as an immense musical talent and a man whose understanding of the liberatory spiritual power of sound informs everything he does. The secular recordings he makes with Palms Station bears the same stamp of the divine that his music at IKAR does — it’s emotional, courageous, and communal, and it speaks directly to the soul.

The mesmerizing clip for “Alive” also involves a direct address. But it doesn’t come from Hillel Tigay directly — instead, it’s the winsome Torii Wolf, who stares straight at the camera and pours her heart out. Any resemblance to Sinead O’Connor’s epic performance in the “Nothing Compares 2U” clip is absolutely intentional. Hillel does appear in the video: he’s the whisperer in our ears, a spectral presence at the margins of the frames, lending Wolf support as a guardian angel might.

We’re also sending along the Palms Station clip for “Blue Skies Back,” a sun-drenched, hallucinatory travelogue of a video that finds Torii Wolf singing under a high sky on a deserted island and Hillel Tigay pacing the streets of Europe. They’re alone in grayscale, until glorious color breaks out all over, and the two musicians are united under the rainbow.