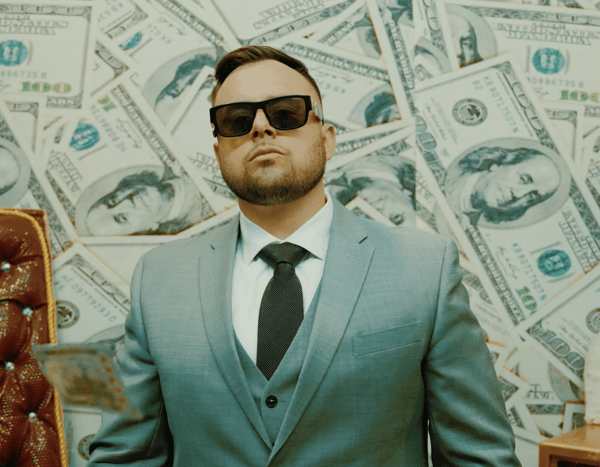 Before writing this man off for having taken the bar exam, examine his bars. The pride of Bridgeport, CT, Mr. Finch – better known on the streets as daFinchi – doesn’t need your approval. This lyrical lawyer lets his lines speak for him. Delivered with spite and might, the unconventional MC lets us know with every word that he is damned for real about this. Sure, he’s got degrees, but they’re just a means to the end of spitting his truth. College dropout or Juris Doctor—well, a hustle is a hustle. Currently, daFinchi is releasing a string of singles and music videos to entertain and educate his burgeoning social following on what hip-hop means in a post-grad world.

In his newest single, “Go For Mine,” daFinchi lays out a persuasive opening argument for his seemingly disparate life interests. Over a dreamlike whirr of synths and pulsating percussion, the barrister explains how the grind of law school fueled his creative grit. Everybody suffers in their own way – but only a few make something of it. With nods to songs by Ye and grumbles reminiscent of Post Malone, daFinchi subtly and skillfully equates himself among the gods without sacrificing or denying his roots. Whether you like it or not, he’s here – and by being who he is, he’s fulfilling the ultimate goal of an MC: to speak the truth.

In the music video for “Go For Mine,” daFinchi charms us with his signature self-deprecating humor. Cut to cut, the film alternates between the two sides of his life: one moment flashing his watch, the next holding his daughter. From posing on a magazine cover to showing off the degrees in his office, the scenes combine to portray a man who has it all. Braggadocious and brash as it is, we somehow end up endeared to the bad boy from Bridgeport. That’s just the truth.