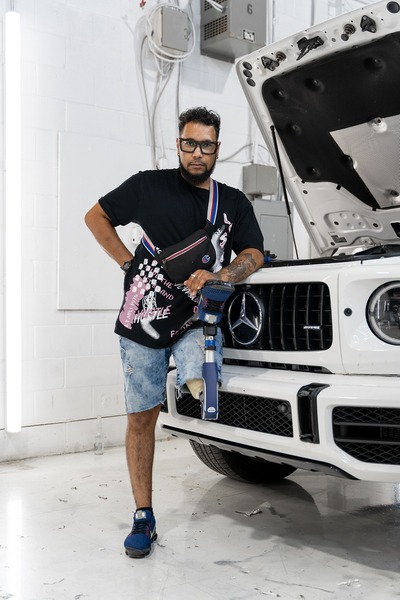 Meet the man who’s teaching people how to heal their trauma and live the life they always wanted! Since his accident, Donny has been pushing the boundaries as an amputee! On October 19 2019 Donny Become a victim of gun violence. He was shot six times. He revived four in his left leg, one in his right leg, and one in his Hand. After arriving at the hospital and losing 80% of his blood Donny had to be resuscitated. He would wake up 5 days later from a coma to find his left leg amputated! He would then spend four months in the hospital healing and eventually learning to walk on his prosthetic. He would later be allowed to go home to start living a somewhat normal life until covid happened.

Donny becomes very depressed being stuck at home and not able to socialize. He started looking for ways to take his life and was missing all his doctor appointments. At this point, Donny was done with life and felt this wasn’t the life that was meant for him and that he deserved more. He had two choices take his life or push forward and see where this journey could lead him. He started talking with a therapist and things started looking a little better but it still wasn’t enough for Donny! He started to watch videos of entrepreneurs and millionaires on what their habits were. He then slowly started to change things in his life such as his environment, the food he ate, drinking the right amount of water, and the type of music he listened to, and learned mindfulness and meditation. He also learned how to heal from past trauma and to love himself. After some time Donny become a huge inspiration to others around him, he started doing talks about his story and teaching people how to heal from trauma and to love themselves.

He also created an Instagram called @amputeemotivation where he reposts other amputees and quotes. Donny started seeing the impact he had on people and decided to dedicate his life to inspiring others to be the best they can be.

Donny has a lot planned and is excited to help others around the world. Make sure you follow Donny’s story as he posts daily content on his Instagram @Donnykashh