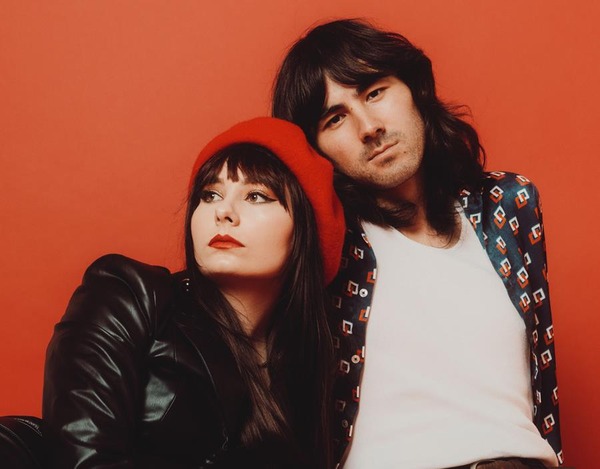 Single Out Today from Denni Ian

Ian’s new single “So This Is How We Dance” is an underplayed eruption of emotion. The ballad features piano lead and strings swirling around a vibrant vocal performance, with lyrics elevating a profoundly poetic and haunted vision of amore disperato.

Stoner metal band DUST PROPHET have today released their song “Put to the Question.” The song is from their album One Last Look Upon the Sky which will be released on January 27, 2023.

Know’as debut release is out now.

Electic-Progressive rock band KNOW have decided to launch in the record market with an experimental release that blends both tradition and innovation. Ranging a lot from synth-rock shores to more electronic situations with a good dose of massive rock, they present us an incredible album from a technical and compositional point of view.

If you’re looking for a rock ballad that will stay with you long after the last note fades, look no further than Gary Liverakos’s “Endlessly.” This soulful track features Liverakos’ unique blend of rock and blues, making it an instant classic.

Madchild and Obnoxious have returned with “Skull Mask” another new song from their upcoming new album “Mobsters and Monsters” today. The C-Lance (Merkules, Vinnie Paz) produced track is a sinister-sounding dark hip-hop record and is accompanied by a new video directed by King Zabb (Prayers, Ouija Macc).

“Everywhere I Go” is the third single from Dub Sonata’s upcoming album Tranquilizer Dart and features Muja Messiah, Guilty Simpson & Copywrite — three veteran midwest emcees who each transport the listener abroad through their own scripted experiences circling the planet. Evening Elevator (Dub’s side project with vocalist Tim Segreto) provides a hypotonic hook that leaves the listener contemplating their next vacation. The accompanying “Evening Elevator Mix” takes an entirely different approach on production, resulting in a genre-bending B-Side bonus cut.

A harrowing set of songs all about serial killers, the ‘Death & Consequences’ EP, was written in 2020 during the dark days of lockdown. Finding himself possessed by supernatural forces during that most perverse of periods, Le Cygne Noir was drawn into murky mindsets of some of the world’s most notorious criminals. As he remembers:

Following a long stint as a part of acclaimed Mercury-nominated band Jungle, which saw him perform across the globe including headline slots at Alexandra Palace, Glastonbury Festival and Coachella as well as appearances across UK and US TV including Stephen Colbert Show, Late Night with Seth Meyers and BBC’s Later with Jools Holland ANDRO established himself as an excited up and coming solo artist in his own right following the release of his debut EP Mortal and the subsequent widespread press support.

Today, UK noir pop outfit The Nightmares have unveiled their new single and video “From Above”. The track and video are appropriately fitting for spooky season, detailing the love story between a human and a vampire. Lush vocals and shimmering guitars give way to an emo-alternative meets darkwave approach, creating a sound that lies somewhere between acts like AFI and Depeche Mode. The release of the song comes alongside the announcement of the band signing with Equal Vision Records and Venn Records (UK/EU).

Today, on All Hallows’ Eve, Michael Monroe releases his video for the majestically dark single, “Derelict Palace”, taken from the album, ‘I Live Too Fast To Die Young’, out now via Silver Lining Music.

ANDRO returns with his new single ‘Natural’, the first release to be taken from his upcoming new three track EP Conflict.

Following a long stint as a part of acclaimed Mercury-nominated band Jungle, which saw him perform across the globe including headline slots at Alexandra Palace, Glastonbury Festival and Coachella as well as appearances across UK and US TV including Stephen Colbert Show, Late Night with Seth Meyers and BBC’s Later with Jools Holland ANDRO established himself as an excited up and coming solo artist in his own right following the release of his debut EP Mortal and the subsequent widespread press support.

As a follow-up to the widely-lauded LP, “12 Little Killers,” New York musician Max Vanderwolf will release the retro-futuristic single, “3/5ths in the Fire” 2022 via Proper. The song, which was recorded in Camberwell, London with producer Chris Wyles at the helm, has its origins in the raging rock excesses of Vanderwolf’s previous London band, Last Man Standing.

“This song was a staple in our set and was frequently played at festivals like Glastonbury, Lovebox and Bestival as well as clubs like 93 Feet East and Barfly. We recorded it much like we’d performed it but eventually I came around to the idea that I wanted to strip it down to its skeletal essence and re-dress it as something sonically anachronistic. Luckily, Chris immediately understood what I was going for…we listened to Vangelis’ ‘Bladerunner’ and Squarepusher’s ‘Hello Everything’ amongst other space-age references. We essentially reinvented the song.”

The number seven represents the fullness of life…perfection! And Tank has hit excellence as he celebrates his seventh #1 hit R&B radio hit with “Slow” featuring J Valentine. This stimulating ballad will pierce into your imagination as the two tap into the very essence of R&B taking fans on a ride of sensual sounds and musical bravado. The single is also the third #1 hit featured on Tank’s 10th and final album, R&B Money, which includes “Can’t Let It Show” and “I Deserve.” In addition, both “Slow” and R&B Money received nominations for “Best Collaboration” and “Album of The Year” at the 2022 Soul Train Awards.

The body of work is a collection of introspective songs that explore the intricacies of mental health and healing. The songs experiment with an indie-folk style with deeply meaningful and personal lyricism. Co-written with Kara Connolly and produced by Andrew Heringer (Milo Greene, The Guest and the Host) with string arrangements from Jordan Lehning.