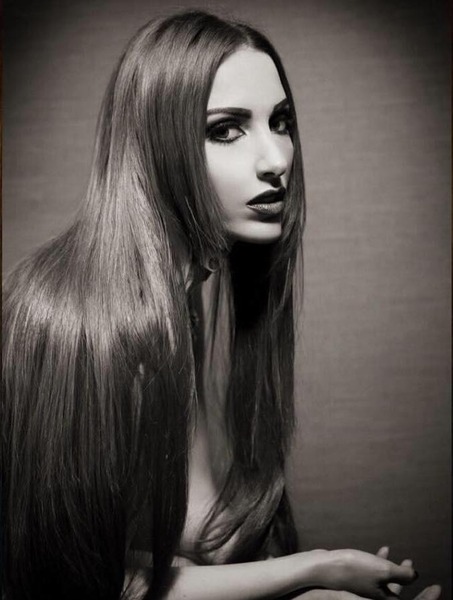 The clever stylings of Blues slide guitar player; The Curse of K.K. Hammond is on display on her debut single The Ballad Of Lampshade Ed. Featuring the collaborative efforts of David & The Devil, this track hits the central groove and pulls the listener into the swamp, getting down and very dirty. Couple the hard twang of the steel guitar with the elegant yet raw vocals of The Curse of K.K. Hammond, and The Ballad of Lampshade Ed is a dynamic exploration of sonic possibilities that emanate imagery and feeling. So who is Lampshade Ed? He is a character stuck between good and evil, “halfway to Heaven and halfway to Hell” This parable between light and dark becomes central to this narrative yet The Curse of K.K. Hammond does not stop at these descriptive elements of personification while telling her tale. “He was a shy boy who laughed at his own jokes, His mannerisms seemed real strange to most other folks.” A song of redemption, immortality, and the allure and presence of sin striving to keep Lampshade Ed out of the good graces. Musically there is so much to say about this track, yet a simple explanation may be what this review requires as readers really have to experience these melodies firsthand. The groove is ever-present, being driven by a steady, revolving pedal tone that falls slightly behind the downbeat. This syncopated rhythm coupled with the vocal chorus section takes the bluegrass, blues into the pop-inspired world of commercial viability.

As a teaser for the upcoming album; Death Roll Blues, which also will feature a title track collaboration with David & The Devil, The Ballad of Lampshade Ed is the perfect introduction to this highly versatile artist. From a production standpoint, this introductory single hits all the marks with ease as each frequency and overtone from the steel guitar is allowed to carry out over the soundscape with clarity, while allowing a perfect little pocket for The Curse of K.K. Hammond to explore her vocal dexterity as she builds tension with each lyrical cadence before effectively resolving and setting up each new phrase. The Ballad of Lampshade Ed is a very enjoyable track, allowing listeners to fully appreciate the raw talent on display while feeling they are being pulled into the swampy murk alongside our brilliant artist. This enjoyment should be shared as this track could be successful on any Blues, Adult Contemporary, Rock, or even Jazz commercial radio playlists. This diverse appreciation is rooted in the feeling which is presented by The Curse of K.K. Hammond as she reaches deep into her soul to give this performance. Musically of course, the efforts of David & The Devil really help add to the overall feel and should neer be overlooked. Taken from her evocative press kit The Curse of K.K. Hammond really is a “Fuse of horror & slide guitar in unholy matrimony, and you get the dirtiest blues in the swamp.” and I for one am eagerly awaiting the release of Death Roll Blues in March of 2023.