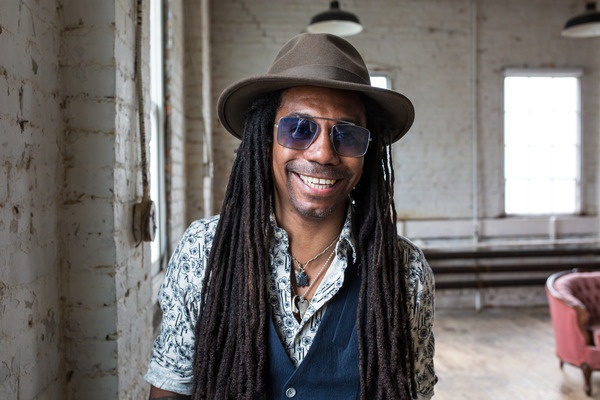 Toronto-based Americana/folk singer-songwriter Julian Taylor sat down with @skopemag to talk about his new album, “Beyond the Reservoir” (out now).

@skopemag: Can you tell us how you came to gather this collection of songs together?

Julian: I try to evolve on each project I create. My goal was to tell a story about my life and the people who surround me, especially my family and close friends. It was a difficult album to write because some of the stories are quite vulnerable and hard to talk about. It is a coming-of-age story, which means courage can be found within its vulnerability. To me, it’s a beautiful companion piece to my last album, and that’s what I set out to do.

@skopemag: What is “Opening the Sky” about?

Julian: “Opening The Sky” is the meaning of my grandfather’s name in Mohawk. He was one of my biggest teachers. Near the end of the song, I talk about “light bright snow,” which is the meaning of my daughter’s Mohawk name. I wanted to honor two of the most important people in my life. I felt like I wanted to let my daughter know that, whatever happens, to keep her head up and wear her heart on her sleeve, and if there are unjust things happening, to stand up for what’s right and believe in herself.

@skopemag: What does the album title mean?

Julian: It’s an album that goes deep into my own experiences. I had such a wonderful childhood spent with my family, and then as a teenager I just kind of shut off and became a bit sad and distant. I didn’t really want to be who I was. I began down a more destructive path. Upon first listen, people may think that the album sounds sad, but it isn’t. It’s a triumph. The album title is certainly a real place but also a metaphor for moving forward and growing into the person I am now. It’s about not being stuck, and it’s about hope and resilience. It’s a storybook about real life, and real life isn’t always a fairytale.