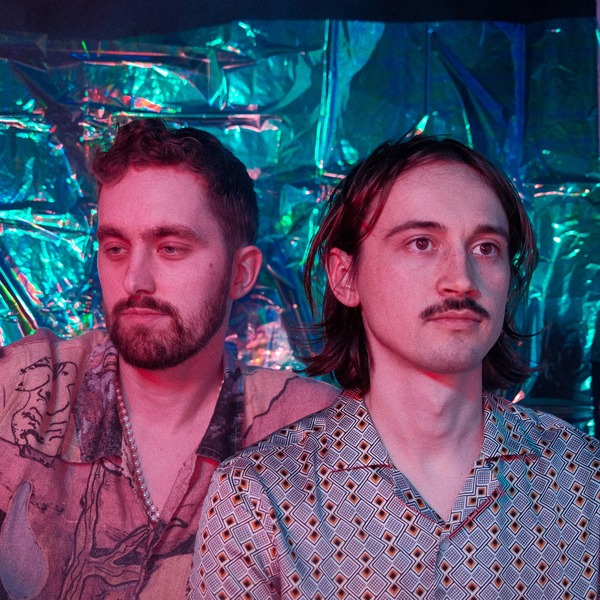 The two friends Alex and Angus formed Goodvibes Sound back in 2019 and released their first single ‘Beachside Living’ a year later. With their catchy and psychedelic sounds, they have been gathering more and more fans around their musical project prior to their album release. Goodvibes Sound is also being recognized within the music industry: they performed on the main stage at The Big Weekend, UK; they shared the bill with Nile Rodgers & Chic and have been supported by BBC radio.
After releasing singles for a few years, they are now ready to share their debut album ‘The Institute’ with the rest of the world. The main theme of the album is the journey of someone feeling lost and alienated who ends up finding the mythical Goodvibes Institute. Based on their personal experience, it represents what the two artists went through while finding themselves in music. What started as an escapist project for Angus and Alex, became a work that they connected deeply together on and a story that expresses a few truths that they feel are important. Listening to the full album feels like a trip. It goes from carefree to angsty, fun to weird, but mostly it’s a very groovy vibe that you can put on to chill out or dance to.
Join the journey to The Institute: Facebook | Instagram
Tha Bet One – Top online Live casino