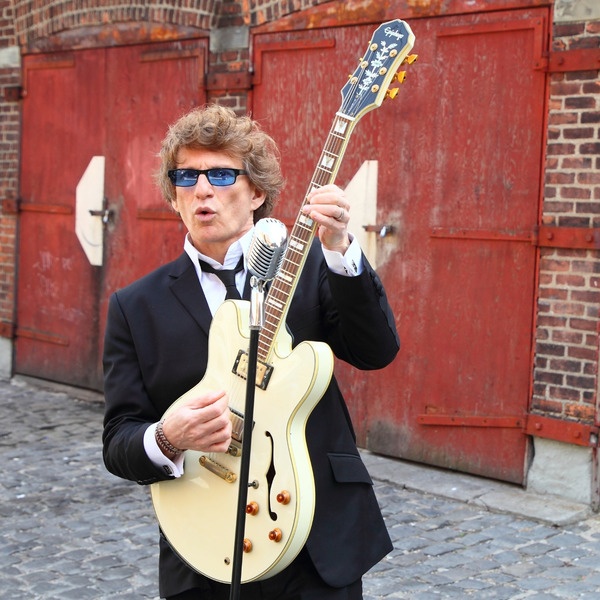 It was 45 years ago when the smart, funny, and talented Dave Jay Gerstein — now making music under the pseudonym The Sound of Monday — wrote his first song. He was always immersed in the performing arts through singing in the school chorus, getting leads in high school plays, and carrying out a career as a comedian before his days as a musical artist. Influenced by the greatness of the early ’70s and late ’80s, his ongoing knack for conjuring words and, eventually, melodies turned into a passion worth pursuing seriously and investing in professionally. He has been passionately chasing after his showbiz dreams since he was seven years old. His previous release for “Hey, Inconsiderate!” was a pop-rock hit long in the works that made quite a few heads turn with its alarming relatability and snappy hook. His newest single, “The Keeper of the Mood,” follows suit with The Sound of Monday’s tongue-in-cheek songwriting and overwhelmingly catchy musicianship in a completely different style.

For starters, “The Keeper of the Mood” contains extremely poetic, imaginative, and fine-tuned lyrics showcased as soon as the first verse through the final chorus. The toe-tapping, body-swaying, jazz-soul instrumental comprises the groovy bass, hi-hat-driven drumline, and a splendid horn accompaniment. It also lets audiences see and hear a more personal and vulnerable side to The Sound of Monday than shown prior. Dave was holding on to an unhealthy relationship; now that she’s gone, the feelings from their time together remain, for better or worse. The song was initially inspired by a quote from Derek Taylor in The Beatles Anthology: “I was fueled by the certainty that … I had this other function: I was still representing, if you like, ‘the old days’. I think there are still people out there who linger on after the mood’s gone: the keepers of the mood.” That is the essence of the song, as all listeners are keepers of the mood from some unforgettable points in their lives, whether they want them to stick in their hearts and minds or not.

The visual story is not quite as clear-cut. Rather, Anthony Sabino directed this music video abstractly to artistically characterize “The Keeper of the Mood” and each line of lyrics. He utilizes The Sound of Monday’s character acting to represent how feelings can linger on, holding him and his attention hostage tied up in front of a static TV screen and incorporating specific props, effects, and imagery to epitomize his metaphorical and symbolic words. The black-and-white clips with him performing “The Keeper of the Mood” also fit the vibes and captivate audiences as he sings and dances along to this song and track.