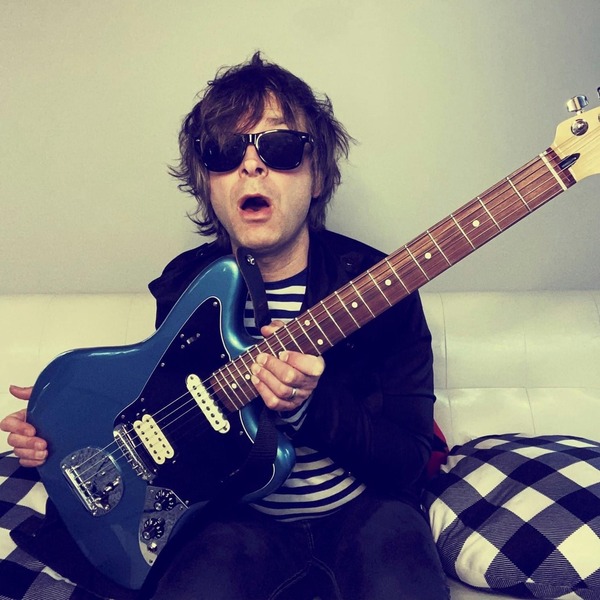 Ryan Smith might be best known as the frontman of The Melismatics and Ryan And Pony, as well as the lead guitarist of Soul Asylum. But before all of that, Ryan was making solo recordings in which he played all instruments as a teenager and releasing albums on his own Hygh Tensions Records. In 2019, Soul Asylum was on the “Dead Letter Tour” setting up the 2020 release of their album “Hurry Up And Wait” — that is, until the pandemic hit. Ryan suddenly found himself back home with a small window of unexpected free time. He started feverishly recording brand-new song ideas with no specific plan of where these songs would end up, playing all instruments and singing all vocal parts. It became clear that the tracks Ryan was building were turning into a new album with a direction all its own. His latest hit, “I’m Slipping,” is an excellent introduction to Ryan Smith’s diverse discography. Covering observational and autobiographical themes, the artist spins lyrics that dig deeper into human existence and purpose.

Traverse through psychedelic visuals and dream pop in Ryan Smith’s “I’m Slipping” music video. Fully embracing an experimental approach to his solo act, Ryan Smith has cascading vocals, introspective lyrics, and a far-out soundscape that brings the guitar distortion and the obscurity of shoegaze music to life.

“I’m Slipping” allows room for interpretation, making it a song anyone can resonate with. Whether you perceive it as slipping into madness or losing touch with reality, the ominous lyrics ask listeners to look deep into how they choose to perceive the world. The stellar visuals are a hypnotizing watch, flooded with vibrant colors and trippy editing. “I’m Slipping” highlights Ryan Smith’s unique artistry and ability to elevate music genres.