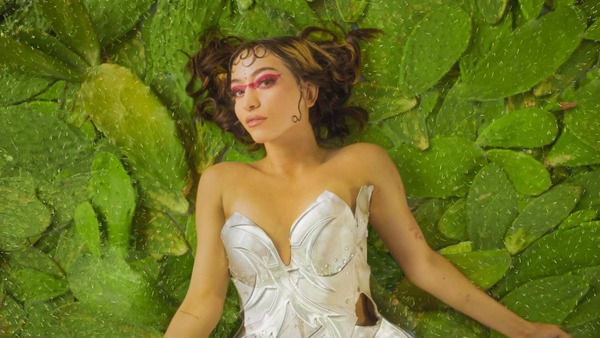 It was during the making of “Forget It” that Ronboy knew she had a body of work taking shape. The sleek, mid-tempo production is bolstered with nostalgic, atmospheric instrumentation. Dropping into the bridge, Ronboy’s vocal mantra swirls around before rocketing into a high energy solo and final chorus, singing, “Forget it too easy / Not your problem / You get it, you get it / You do away with it.”

When asked about the release of his debut single “War” Paul said, “War” speaks to what a person endures when overcoming adversity, hardship, and conflict within. However, progress is only possible when you’re willing to confront yourself and ‘War’ speaks to the challenges a person encounters when making these adjustments. Driven by fear of failure, ‘War’ takes a deeper dive into what a person experiences when facing insecurities, ego, bad decisions, and negative thoughts; but more importantly, it demonstrates the kind of determination, consistency, and persistence it takes when faced with these toughest challenges.”

KORDELYA, the rising Mexican-American artist and producer who is quickly emerging as one of the most talented new faces of the exploding Latin music scene, today pays tribute to her cherished Mexican heritage, releasing her new single “-es + (menos es más)” alongside José Madero, acclaimed artist and founder of the popular Mexican rock band PXNDX.

“Each song on Denial takes the listener through the shadows of modern human experience and brings them to light,” says Evan. “it’s a sonic journey made with the intention to encourage us through the healing and releasing of grief from personal and global consciousness.”

Parris Mitchell Shares “your only” Single + Video via CHORUS.FM, Listen via Ones To Watch | ‘i don’t love you, and other lies’ EP Out Now via Ninetone

DRE’ES RELEASES NEW EP ‘YOUR SUMMER WITH ME’

Following a string of confessional singles, Los Angeles-based artist and MC Dre’es has released his new EP, Your Summer With Me via his imprint Running Forever. The anticipated EP exudes pure emotions derived from a past relationship and transcends into a captivating listen as it delves into personal ruminations and trials experienced by Dre’es. Your Summer With Me arrives at the tail end of the warm season as Summer comes to an end.

SUNDUB’S LATEST SINGLE IS AN EXTREMELY PERSONAL ONE

In early 2021, Joanna and Ben Teters, the brother and sister who front SunDub, were shaken to their core by the death of their younger brother, Adam. He was only 20 and was a budding musician and producer, just like most everyone in the family; he had already been working on projects with his older siblings. As you would expect with two musicians, Ben and Joanna used their artistry as a tool to help make sense of their new reality. The most direct result is the powerful title track from their upcoming sophomore album, Spirits Eat Music, which is out now as a single, via Easy Star Records. (The full album comes out November 11, 2022.) Though the song and its lyrics were written prior to Adam’s passing, both took on powerful new meaning in the wake of that tragic event.

With an uncompromising metal attitude, the virtuoso thoroughbred musicians Jonas Ambühl, Dominic Blum, Nico Ardüser, Stefan Hösli and Damir Eskic set the bar high on their new album, and with the first single “War of Control” Gomorra have just unleashed a first and intense preview of the soon to be released album.

NEW EP for FUGIT – “Nyctophilia Movements” is out NOW!

Today, critically acclaimed pop singer/songwriter/producer Jake Miller releases his latest single “Leave My Heart Alone” via EMPIRE. Featuring an electric beat, the track finds Jake struggling to get over an ex. Jake has also announced that his forthcoming EP BASED ON A TRUE STORY II – a follow-up to his 2019 project BASED ON A TRUE STORY – will be released on November 4th. The 7-track EP is available for pre-save now.

RHETT JAMES MCLAUGHLIN–one-half of the comedy duo Rhett & Link from their popular daily show “Good Mythical Morning”—solo porject JAMES AND THE SHAME’s debut country album HUMAN OVERBOARD is out today, Friday, September 23. The album is a departure from his previous comedic releases and showcases a deeply personal musical exploration of RHETT’s evolving worldview following his journey away from Christianity.