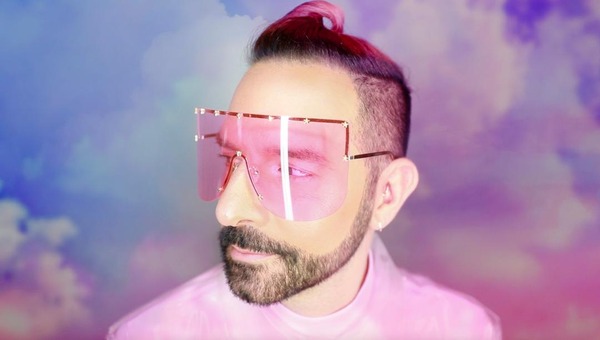 What might compel someone to dance a little? A good beat, certainly. An uplifting melody delivered by an enthusiastic vocalist helps, too. But it’s human enthusiasm that really gets the club burning. We dance when we’re happy. We dance to celebrate and commemorate. Most of all, we dance when we feel the insatiable need to feel liberated and let our hair down.

Jason Walker is a practiced hand at generating all of those feelings. On his records, the propulsive rhythms are always in place — five number one Billboard singles testify to that. As a vocalist, he’s simultaneously playful and authoritative; he’s a dancefloor commander of the best kind, regularly exhorting his fans to move it but never taking himself too seriously. His real secret, though, is his exuberance. His music is a pure expression of the overflow of enthusiasm in his heart. He’s determined to elevate and liberate his listeners, and his track record of success speaks for itself. You don’t even need to see all the shattered chains and broken shackles in his wake. All you need is to press play and get moving.

“Dance A Little,” his latest single, has all the sonic characteristics we’ve come to expect from a Jason Walker recording. Produced, Co-written with chart-topper Georgie Porgie, it’s a marvelous club burner with big bass, delirious synthesizer riffs, and a beat that never sits still. It feels simultaneously current and classic! Walker himself is a huge presence on the track, encouraging his fans to lose themselves in the communal experience of the club. Just like everybody else on the planet, he’s had enough of sitting still. He’s ready to party — even if he has to do it by himself with his headphones on.

In Karl Giant’s uproarious clip for “Dance A Little,” Walker is perpetually centered: he’s right in the middle of the shot, wearing hot pink clothing and cosmetics, some of which glows under the blacklight. Often it feels like the frame isn’t big enough for him, and he’s going to break right through the four walls of the screen. He’s a combination of Mad Hatter and Pied Piper, immensely endearing, effortlessly alluring, and perhaps a little insane. But it’s a good kind of crazy: the kind that every party needs to succeed. His concentration never flags, and his energy never does, either.