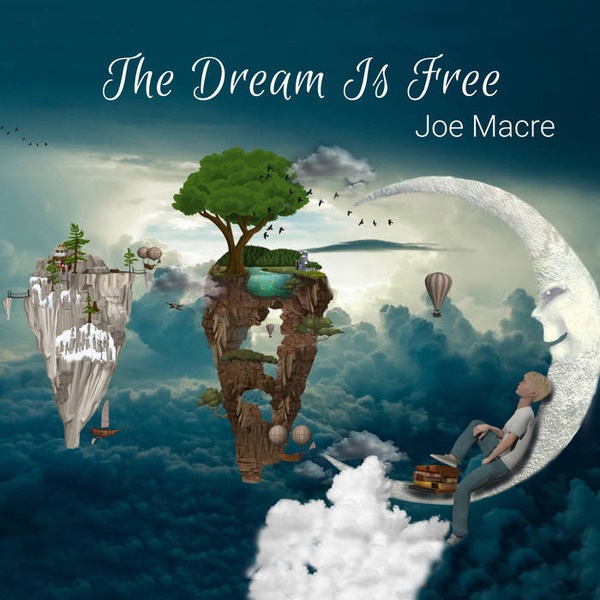 ‘Joe Macre – When You’re Smiling At Me’ Reviewed by: Lee Callaghan

Every now and then, a song comes across my desk that peaks my interest a little more than the rest. A song that leaves a mark, a happy kind of impression that changes my entire day. This happened today when I discovered When You’re Smiling At Me by the very talented singer, songwriter, and instrumentalist Joe Macre. This is a track that is simple enough, a narrative structured around an acoustic musical arrangement detailing the theme of found love, growing together, and dealing with the tough times as a team. “As the days go flyin’ by, I’ll be true to the day I die. Everything that we’ve been through, it all comes down to just me and you.” It is this theme that coupled with that major key melody elicits a positive and wondrous reaction in the listener, a reaction that sits with the listener long after the tune has been played. The vocal stylings of Joe Macre are such that his overtones and resonating frequencies get stuck in the listener’s head and require the song to be played over and over again. “You know it makes my day, Everything’s okay, nowhere I’d rather be When you’re smiling at me,” it is these types of lyrics while being delivered in such a pop-inspired manner that really give this song its appeal.

Ok, we have established When You’re Smiling At Me is a pleasant piece of musicality, the appeal for this song will be very appealing to any Adult Contemporary, Soft Rock, or Middle-Of-The-Road commercial radio playlists. The repetitive melodies and infectious harmonies presented by the vocals allow this track to be engaging and tempting to a vast audience. The production on When You’re Smiling At Me is well-executed, the vocals are very clear and crisp, the message is allowed to be consumed over the music as the vocals stand out nicely, while the harmonies in the background are also allowed to explore their own musical ideas and concepts. When You’re Smiling At Me is a very enjoyable track, and as a single released after his debut album The Dream Is Free, it should be expected that interest in the album will grow exponentially.