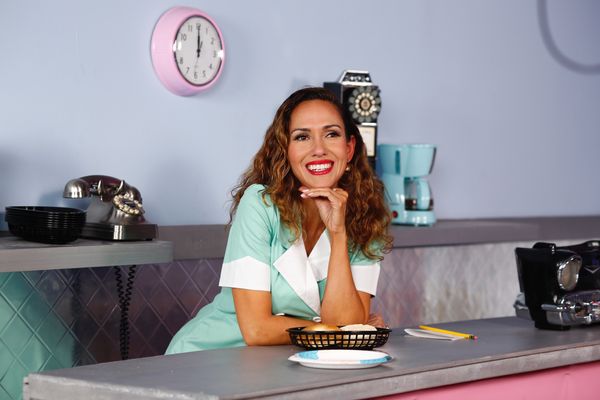 With over a decade of experience singing and songwriting unparalleled musical masterpieces, Estani continues to share her refreshing blends of Latin, jazz, soul, pop, R&B, and other genres in every extraordinary release. Previously, she released a stripped-down, emotional ballad, “I Sometimes Wish,” mourning a devastating loss. Preceding that, she flexed her creative valor in the award-nominated single, “Tell Me Why,” discussing how the world should have a greater priority on our collective unity rather than divisiveness. Following these two singles, as well as the title track for her upcoming album, Droughts In The Ocean, is her latest work of art to be added to the collection, “Mr. Personality.”

Estani has always given fans and followers an open window into her personality by putting her psyche on display in her music. Her lyrics for “Mr. Personality” came from a much-needed venting session after the challenges presented within a few working relationships hit a boiling point. From start to finish, the song’s instrumental brings this experience to life with its upbeat drums, driving bass line, and dominating horn parts that set the entire tone and mood. Describing the difficult relationships that inspired the song, Estani says, “working with people where nothing is ever enough gets tiring really quickly along with the constant feeling of needing to prove yourself. Eventually, it either breaks you down or you have a wake up call, realize your self worth, and find the validation you need within yourself rather than trying to find it through others opinions.” While not everyone has been in that situation, the anonymously described “Mr. Personality” in the song is a persona that many can paint their own image of, with their own experience being undervalued and underappreciated. Working in environments where you’re still viewed as the person you were when you first met, rather than seeing the growth, maturity, and arc of who you’re becoming is a difficult wall to break down when the lack of respect is constantly apparent. Hard as it can be, breaking things off can be life-changing for the better.

The “Mr. Personality” visual takes viewers back to the ’50s to show an imbalance of power and attention, as one person is being taken for granted until the advantageous person sees first hand what they have lost. Estani opens the video behind the counter of a retro-style diner, serving her man coffee and breakfast, which he rejects. Later, she plays a housewife; after she straightens the living room area of the home she shares with her husband in her fine dress, he shows displeasure with the condition as he lounges around. Whether at home with his wife or in public with those in the service industry, “Mr. Personality” is a man that treats all women with the same lack of care and respect, leaving every woman he interacts with unhappy. Eventually, Estani snaps. She quits waiting on him hand and foot, literally throwing his breakfast and cleaning towel at him as she walks away from the one-sided relationship. Only after she has left does Mr. Personality realize what he had – meanwhile, Estani is ready to enjoy her newfound freedom without needing to be validated by anyone else. Fashionable in her all-black dress and wide-brimmed hat, Estani performs the lyrics to the seemingly empty shell that is Mr. Personality. The final clip of the video seals the project off perfectly, spotlighting Estani’s recognition that she is worth more and is back in control of her life without Mr. Personality there to rule it.