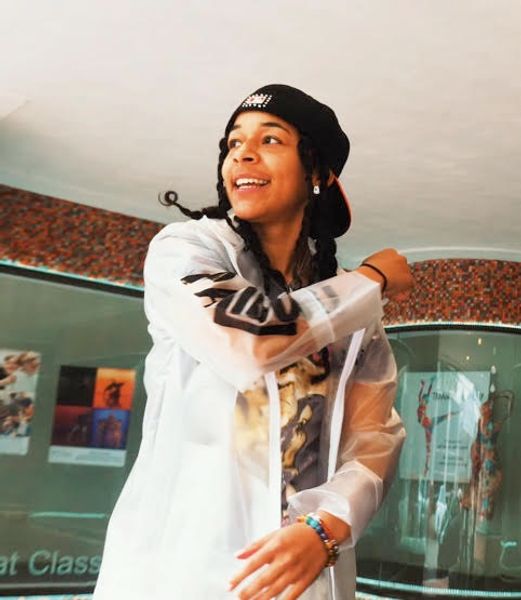 The music from the 2000s is inarguably iconic, and its distinguishable flair protrudes from the works of budding artist TheBabyDon. Born in Seattle and raised in Chesapeake, Virginia, she has been songwriting and playing local concerts since she was only 11 years old. Just seven years later, she had the opportunity to open for the one and only Pharrell Williams at Shaggfest, a pivotal moment in her career. TheBabyDon now continues to cultivate her artistry at 21, taking full advantage of her classical training from the Governor’s School of the Arts to thoughtfully structure her every release. By achieving so much this early in her rise to the top, she is already introducing fans to new sides of her musical potential, expanding her horizons beyond her rap/hip-hop style already exhibited. “Mood,” her most recent single, highlights her singing/pop abilities and demonstrates her great versatility. At the same, it tells TheBabyDon’s following that they are yet to see everything she can do; her genre-bending in this release and those coming next show she has way more to offer.

Thinking about that special someone while working and recording in the studio, “Mood” is the resulting product. The lyrics are presented as if TheBabyDon were delivering them directly to that person in the moment. TheBabyDon was in the mood, and her goal with this single was to get the person listening in the mood, too. Even though the verses have a rap-like fluidity, their nature is melodic to keep the focus on her sweet, smooth vocals effectively. The simplicity of the backing track, with its dominating drum-driven beats and subtle machine-made instrumental details, also help to support TheBabyDon in this passionate love song.

With TheBabyDon’s eye contact and natural connection to the camera, it seems as if the video viewer is her love interest, sitting on the other side of the lens. The visual didn’t need fancy effects or exaggerated lighting because she draws in the audience plenty as a well-experienced performer. Her energy and presence fill the room like she owns it, as if it were a stage and her audience was watching her from the red leather sofa on the back wall. Also, notice how she completely nails the choreography throughout the clips. At this rate, TheBabyDon could be a globally-idolized pop/hip-hop star in no time.