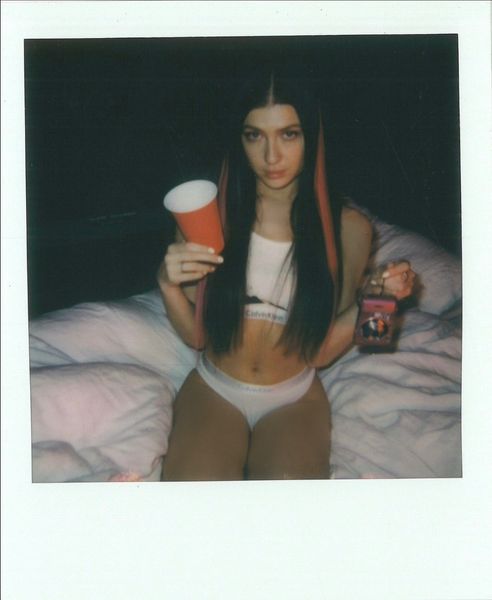 Hamilton, ON-based metalcore heavyweights Counterparts are set to release their seventh full-length album, A Eulogy For Those Still Here, on October 7th, 2022 via New Damage Records. The record finds Counterparts tapping into a deep sense of dread that pushes their visceral sound to even greater extremes. It’s an album that revolves around uncertainty but results in the group’s most definitive statement to date.

Today Katie Alice Greer shares the official video for ” Flag Wave Pt. 2, ” the surrendering, pulsating single from her acclaimed debut solo album Barbarism , out now via FourFour Records . The conceptual video was directed, edited, and choreographed by Zach Green, and features Isaiah Cook, Zach Green, Caitlin Holst, Brenna Kellem, and Jervon Monroe. Greer recently spoke with Rolling Stone for a new exclusive feature which has also been made available today. Additionally, two new live dates have been confirmed for next month in Los Angeles and NYC .

How Katie Alice Greer Started Over and Rebuilt Her Sound

“Dime a Dozen” offers an uplifting message of prioritizing positivity in the face of struggle. Combining melodic piano and powerful guitar riffs with sincere lyrics like, “I won’t give up hope; gonna go for broke,” the track inspires listeners to harness optimism to work towards the good in life. “It seems like every day we face new problems, drama, and conflict in our lives,” explains band member Maddox Lim. “This song is about letting those problems go and choosing to stay positive and hopeful instead.” That deliberate choice to savor the good, in tandem with the track’s optimistic brightness, is an authentic reflection of the positive outlook that Rooted’s members choose to have. The track was written by Maddox Lim, and produced, mixed, and mastered by singer-songwriter and producer Bernard Yagee from Baron, Lebanon.

Gunshine is a rock n roll band hailing from Pensacola, FL. While spending all of 2020 and 2021 writing and recording their debut album, they honed in on what makes them stand apart, and what they do best.

WHAT SO NOT RELEASES “AS ONE” FT HERIZEN + NEW ALBUM ANOMALY OUT 9.16 VIA COUNTER RECORDS / SWEAT IT OUT

A shimmering deviation from archetypal electronica, the journey for Australian producer What So Not from his early beginnings to 2022 has been one lined with eyewatering collaborations, countless explosive live shows on some of the world’s biggest stages, and, as of Friday September 16, two studio albums when What So Not’s transcendent sophomore release Anomaly finally unveils to the world.

BLACKLITE DISTRICT Releases Official Visualizer for “Back Into Darkness”!

Youth indie-rock band, Rooted, just dropped their bright new single, “Dime a Dozen.” The song offers an uplifting message of prioritizing positivity in the face of struggle. Combining strong guitar riffs and melodic piano with sincere lyrics creates an optimistic tone, inspiring listeners to be more hopeful in life. Enthusiastic, authentic, and vibrant, Rooted presents brand-new music that will keep crowds wanting more. “It seems like every day we face new problems, drama, and conflict in our lives. This song is about letting those problems go and choosing to stay positive and hopeful instead,” says lead singer Maddox Lim. Visit Rooted.band for more information.

Vancouver’s prolific DIY troubadour, Tim The Mute, announced his new album today with a video for the record’s standout “When We Fuck For God,” which features Abbotsford-based outsider pop star and label mate Kristin Witko.

Nationally acclaimed singer/songwriter and producer, Kelly Lang has released her new music video for her current single, “Midnight Train To Georgia” which will be included in her upcoming project “Old Soul II,” sponsored by Springer Mountain Farms. Originally performed by Gladys Knight & The Pips, Lang shines throughout the song, showcasing soulful vocals and the ability to recreate a timeless classic with ease. Lang’s emotion perfectly captures the lyrics, delivering a sweet yet powerful tune. Kelly’s official music video “Midnight Train to Georgia” was premiered by Foxnews.com and is available to download and stream on all digital platforms now.

Landon McNamara Releases Video For “If You Only Knew”

Hawaii based, singer songwriter, and renowned big-wave surfer Landon McNamara has released a new video for his recent single “If You Only Knew,” out now on Controlled Substance Sound Labs / Silverback Music. In the video, we see McNamara with his family capturing the best parts of life, the in-between times of serenity while celebrating day-to-day quality time. All while the song shines a light on a life lived and asks: “If you were to die tomorrow, what would you do today? When you take that last breath, would you feel content on how your time was spent?” Watch the new video here:

Here’s Tim on how the song and video came about, “The song started literally in a corn field in Iowa. While on a radio tour the station had us out meeting some of the local farmers. After a few conversations, I began to realize that no matter how small or large the farm the folks were the same, just good hardworking people. Growing up on a small farm in NC it made me feel at home. I really wanted to capture that with the video just real people doing their everyday things. No actors no special lighting or sets just blue-collar America the very backbone of who we are.”

MEDIA RELEASE:: WHAT SO NOT SHARES NEW SINGLE ‘AS ONE FEAT. HERIZEN’ + REVEALS TRACKLIST FOR NEW ALBUM ‘ANOMALY’ DUE OUT SEPTEMBER 16

A shimmering deviation from archetypal electronica, the journey for Australian producer What So Not from his early beginnings to 2022 has been one lined with eyewatering collaborations, countless explosive live shows on some of the world’s biggest stages, and, as of Friday September 16, two studio albums when What So Not’s transcendent sophomore release Anomaly finally unveils to the world.

Black Reuss is the flow of life of a man who describes the change and chapter he experienced, through music. Life is like a river, always moving, mostly downward. The name originates from the river Reuss, a Swiss river that rises in the Gotthard massif in the middle of Switzerland, where Black Reuss lived during the writing of Metamorphosis.

OUT TODAY: AMUNDA – You Walked Away

AMUNDA, the solo project of Amandah Wilkinson (Bossy Love, Operator Please), has had a storming start to 2022. Following on from her debut single “Did You Get That?”, she released the brilliant and bassy “Isn’t This What You Want?” – plus remixes of both tracks from HQFU and LVRA. Her third single, the summer-ready club banger, “You Walked Away” is out today.

The track is an anthemic pop-punk ear worm begging for you to sing along. Leah Kate is reminding listeners to live life on the edge and indulge in the “no fucks” lifestyle. She adds, “I started to get trolled on the internet and experienced a lot of bullying online. I wrote ‘Life Sux’ to remind myself that when people try to bring you down, that you should ignore the haters, focus on the good things around you and just enjoy life!”