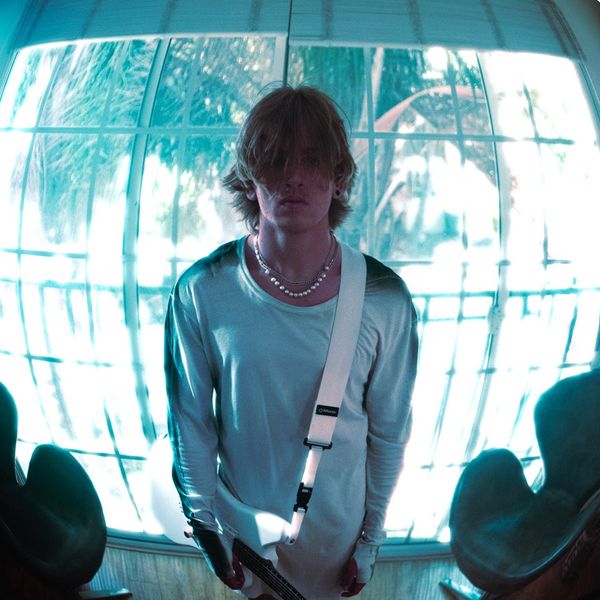 I want to say Stromer Hills sounds like someone. It makes it easy to draw a quick comparison for readers that might illustrate his music. I can’t though. His single “if u like the way i walk” is, however, filled with echoes. The core DNA of the song belongs to R&B and soul but anyone who says there isn’t a little bit of a funky bounce to this song is either deaf or a liar. It’s a delicious hint. Stromer never lays it too heavy, however, and turns into a different magic altogether when he adds his voice.

His voice is deceptively plain and straightforward. When you give him a closer listen, however, worlds open up. Hills has remarkable and underplayed flexibility with his voice moving from the upper end of his register into bluesy mids and lower without missing a step. You may say, oh, it’s the “studio”, but there’s no indication he couldn’t pull every line off in a live setting. He has a keen ear, as well, for both melody and rhythm. He never attempts to dominate this track but, instead, shapes his voice to fit its needs from the beginning.

Many listeners will like the guitar parts present in this song. That’s where much of the aforementioned funk slinks and slithers its way into the piece. He doesn’t seem to use much in the way of effects on the guitar part and the clean sound he gets from its contributions fits the tone of the song. It matches his voice as well.

Another thing about his voice – you can’t help but note its exquisite percussive talents. Hills began his professional career as a singer when he filled in as an MC by chance and there’s no doubt a lot of his skills in this department are due to his grounding in hip-hop. It’s mostly innate gifts, however, winning the day. He’s early in this still too. It’s impressive to consider where he can end up if he continues developing at this pace.

He has a handful of singles to his credit in a short amount of time. “if you like the way i walk” is the sound of a young artist hitting his creative stride more than it is a promising talent finding his artistic footing for greater work to come. Stromer Hills has arrived. The greater work to come is now.

It isn’t to say, however, that it’s all downhill from here. There isn’t a note of this song that even whispers the suggestion he can’t keep this sort of quality up for years to come. There’s no doubt a lot of hours, thought, and money went into making “if u like the way i walk” a reality but Hills, like all the best ones, makes it sound easy It flows out of him and you can expect it to keep flowing at this pace for a long time to come. After hearing this track multiple times, I know I will be there to listen.