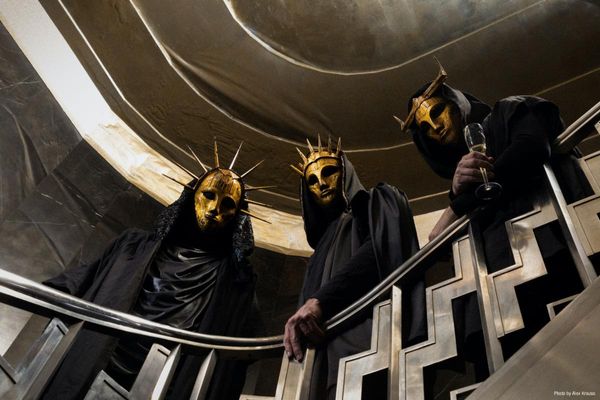 Like the previous singles What Are We Aiming At?, The Presence, Floating Away, Body & Soul, and Forgotten Falls, Hope will be included in the debut album In The Gore – which will be released in 2022.

Four long years of hard work and devotion begin to peak at this very moment – the shadows of our sophomore album are among us, at last.

James Chatburn Shares “Do You Wanna Live Like That (feat. Noah Slee)” Single

Sorrow Wave duo Bring Her return with their second LP, and first album release since 2019. Comfort In The Shame sees release via Knife Hits Records (Rid of Me, Nerver, Tangled Up) digitally and on cassette on August 19.

Having taken the No.1 spot on the US Billboard Hot Trending Songs chart, the soaring Japanese boy band BE:FIRST are preparing to release their long-awaited debut album ‘BE:1’ on August 31, 2022. But fans won’t have to wait to hear new music from BE:FIRST – they have now released ‘Scream’, the lead single from the album, along with a music video.

Cristel Meth- “Get You Some Money” (Music Video)

Lean Year originally set out to write an album about conflict, but during the writing and recording process, they were confronted with a number of personal tragedies. Alverson lost both of his parents in rapid succession, Emilie Rex’s mother received a cancer diagnosis, and the couple’s beloved family dog, Orca, died. These events transformed the album into an exploration of loss—an attempt at processing the painful, complex, and private emotions that bubble to the surface when confronted with death. “We thought we’d do a concept album called Sides where we could reflect on all of the division in the world, and some in our own families, but then COVID transformed everything/everyone, and we suffered our own specific losses. The record became about loss and grief,” Rex, the duo’s other half, explains. “In this way, the title Sides was still appropriate: our individual grief and collective grief, the margins of before and after, the act and feeling of during and enduring.” Alverson adds, “It felt like straddling a threshold between two opposing sides—the moment before conflict and the moment after it passes, life and death, the act of living and the memory of the act. Grief feels like a contention between what you knew and what you now know, and often both feel real and unreal at once.”