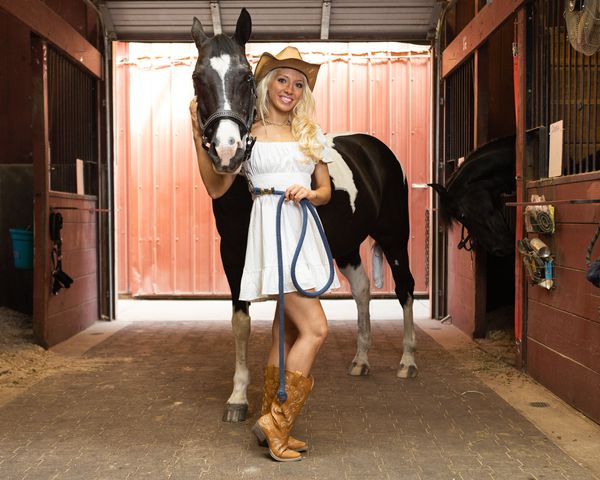 Alicia G was born and raised in upstate New York, but she has the looks, the charming spirit, and the cowboy boots of a true Southern belle. So, how did she stumble upon her sweet Southern drawl? Alicia G made her early debut in the national pageant circuit, spending much of her time in the countryside and eventually picking up the accent while becoming fully immersed in the cultural nuances of the South. When it was time to step into the spotlight of her music career, she combined her love for country with the roots of New York’s vibrant music scene to craft a sound influenced by pop and rap. In 2015 she dropped “Pretty Girl,” an electropop runaway hit that catapulted her into stardom, launching back-to-back hits and helping her garner a fiercely loyal fanbase of over 3 million on the top streaming app Bigo Live. More recently, she was signed as an influencer and started livestreaming on the new app MICO WORLD as AliciaGWorld. With a cowboy hat sitting proudly on her golden locks, Alicia G is well on her way to shaping a new wave of country-pop.

Alicia G has magnetic and sultry vocals that pull listeners in and keep them hooked. In “Shake Down,” she sings about the free-spirited lifestyle of a country girl with lyrical precision and an infectious chorus. The music video is pure eye candy as fans watch Alicia G partake in her latest favorite hobby: equestrianism, which she recently picked up a few months ago. The artist is a true natural as she thunders through the farm on her horse and kicks back at a friendly gathering. It captures the essence of the South, centered on a laid-back attitude, good times, and even better food. “Shake Down” highlights Alicia G’s impeccable talent that extends beyond musical artistry.