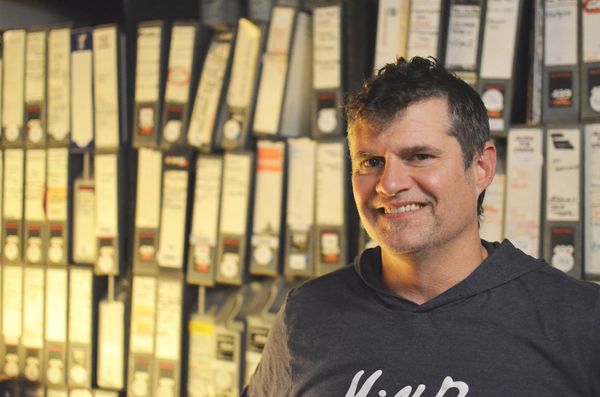 The engines of the current Philadelphia cultural renaissance are the recording studios and rock clubs in town. Foremost among these venues is MilkBoy, run by producer/engineer Tommy Joyner. Hosting and recording sessions for artists like Lana Del Ray, Fun, Miley Cyrus, and James Taylor, Joyner is a songwriter himself, and, surrounded by so much creativity and growth, it was inevitable that he’d eventually get around to recording his own music.

To nobody’s surprise, the music being created by Joyner is polished, tuneful, sharply composed, and wholly irresistible. His band Pep Rally makes grown-up pop-rock of the best kind: immediate yet thoughtful, muscular but approachable, intelligent but always danceable, and ideal for offbeat stages like MilkBoy.

South Street is central to Philadelphia’s arts, music, and alternative cultural scene – so it’s no surprise MilkBoy has a South Street outpost. It’s a place with different laws than the rest of the world – and not just with jay-walking or brown-bagging, but with space and time. Joyner – who hung out on South Street every night when he first moved to Philly – describes it: “It’s the kind of place where a head nod to the right person will get you the score of a lifetime. It’s the kind of place where you can let out your most extravagant self, and a stranger will nod approvingly. And it’s the kind of place that sticks with you, so you’re in another town altogether and you’ll feel the earth tilt a little sideways like it’s all headed south – and you find yourself back on South Street.”

And for a street so iconic, there’s no better way to immortalize it than a song and music video. Beginning with a rebel yell and instantly-familiar guitar strums, “South Street” is adventurous and optimistic, loud but intimate enough to feel like it’s a story told by you or maybe for you. Joyner describes the song:”‘ South Street’ is the true story of two criminally-minded young lovers who make their way from the famous Philadelphia street, across the country, and back – avoiding jail, bad drugs, and bad deals along the way.”

The “South Street” video begins with aerial and overhead shots along South Street and its surrounding areas. Key lyrics flash on the screen, highlighting central parts of the story and bringing the viewer right to this street. But just as the viewer is feeling at home on South Street, they’re taken out of town – to jazz clubs down south, to the mountains and the desert, to the palm tree-lined beaches of the west coast – before finally coming right back to the City of Brotherly Love and the street where it all began.