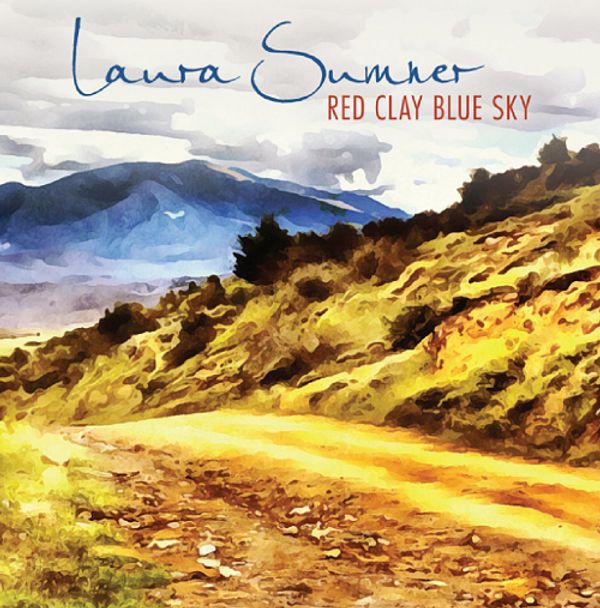 When Laura Sumner recorded her debut release, she wasn’t swinging from the fences creatively just yet. As a rookie recording artist, she wanted to establish some sense of self before delving into the vast experiments one must undertake when trying to unearth the best parts of their sound from the ethers, and although she’s still a simple songwriter at the end of the day, you can’t listen to her new record Red Clay Blue Sky without acknowledging just how much she’s grown not only as a composer but as a performer as well.

The plaintive delivery that made Sumner’s performance in Dreamology so captivating to the audience is largely still intact here, but I will say that her execution is now steeped in more of an emotional drive than it had been previously. She’s wearing her heart on her sleeve in “American Man” and “Telling Georgia Goodbye,” which takes a lot more of a connection to the material than some of her closest rivals will be able to feign when they step into the recording studio this summer. Authenticity translates especially well in Red Clay Blue Sky, and it’s never buffered with plasticity on the other end of the mix, either.

After listening to just a few minutes of “My Mother and Me” and “Cowboy from Queens,” I was instantly magnetized by the opulent instrumental depth of this record, even though there isn’t a lot to the arrangements in any of the five songs here. Sumner doesn’t have any place for filler in Red Clay Blue Sky, and her rejection of even the vaguest of so-called segue songs is refreshing to put it quite mildly, especially when you think about just how many artists can’t get through an EP without tacking on a little extra nonsense on the backend.

Sumner’s gutsy lyricism used to be a bit of an edge to her sound, but now it’s become an outright trademark thanks to her spirited execution in “Tides” and “My Mother and Me” the same. When she’s ready to put something out there, she isn’t hiding behind melodies or progressive hooks the way some of the other singer/songwriters I’ve been keeping up with lately usually do – she’s essentially got no filter when it comes to making us understand her true narrative here, no matter what that might be from one song to the next. Efficiency counts for a lot in my book, but this is something much more quantum in comparison to the average in pop right now.

At times as bittersweet as it is hopeful, Red Clay Blue Sky has a lot of different emotional angles to its tracklist, but you don’t have to worry about encountering any fractured performances here; for Laura Sumner has quite frankly put together one of the most listenable and complete EPs I’ve listened to all year long in this release. It might be nothing more than five intriguingly accessible songs, but Red Clay Blue Sky feels more engaging than a lot of albums do, which is nothing to scoff at in this genre or any other.