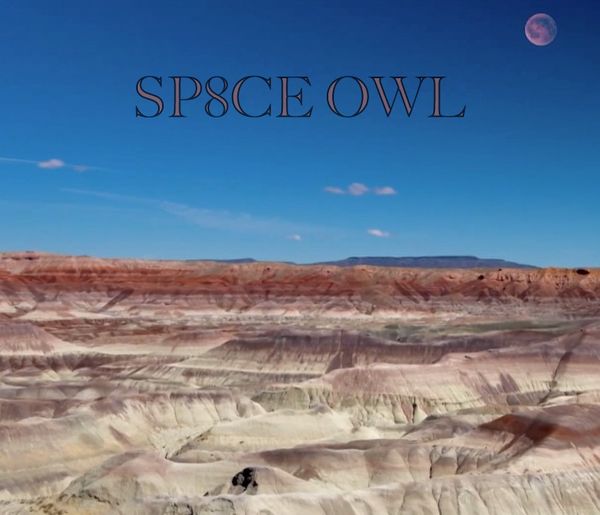 Sp8ce Owl has felt disconnected from the world at large for much of his life, struggling through various challenges and experiences that you can never truly prepare for or expect to happen. However, the constant throughout has been his enduring passion and interest in music. For many people, music serves as an escape from reality and whatever may weigh on their minds and souls. It has the power to escort you to another dimension, across space through time, in a positive, heartening, and reassuring way. While it took some time for him to discover this propensity and his inherent skill for writing, recording, and creating, 2017 marked the beginning of Sp8ce Owl embracing his musical fate. In 2021, he had a strong start to his professional music career with his debut single, “The Future Awaits,” which led to his well-received debut EP, The Future’s Past. From there, he has given his adoring fan base other smashing hits like “Dancing In An Empty Room,” “Miami 1987 (Earth 246),” and “70s Somewhere.” With a new EP, Falling From Infinity, on the way, Sp8ce Owl is setting the tone for what is to come with his most recent single, “And So It Begins.”

The “And So It Begins” instrumental tracks provide listeners with a propelling serenity through its digitized beats and melodies. Sp8ce Owl prides himself in reaching the ideal balance of driving rhythms with soothing ones to keep audiences eager to hear the progression while still content simply having the easygoing vibes take them away. When analyzing his own music, he says that calming “doesn’t necessarily mean soft or slow,” which is precisely what can be heard in “And So It Begins.” While its laid-back aesthetic has a principle gentleness, the song moves and holds attention much more than typical relaxing background music. Plus, focusing more on one track of the song versus another can completely alter how those listening perceive and interpret it. What makes this so wonderful is each listen can reveal something new and allows this single to be heard from multiple stances.

This music video takes full advantage of the world’s natural beauty. It includes stunning time-lapses with the sun rising over the ocean, mountain, and treetops, replacing the place of the perfectly imperfect full moon. It captures the fluid motion of Earth’s waters and the canyons, deserts, and winding roads that only lead to more breathtaking landscapes and environmental wonders. Watching regular routines, as day turns to night and night turns to day, viewers are reminded to appreciate these little things with such intrinsic charm. The extremely immersive video ends with a closeup that smoothly cycles through all the moon’s phases, and with the moon and the song’s conclusion, it all fades to black.