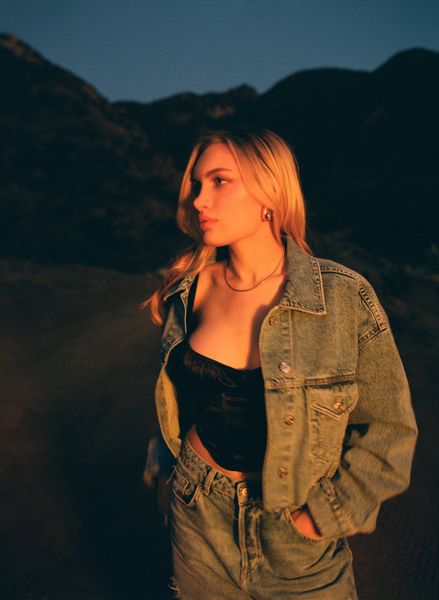 Nya’s soul-bearing, effervescent vocals cut through the noise of mainstream music by offering a multi-layered approach to her sound. Guided by the lessons of past legends like Frank Sinatra and Fred Astair, Nya utilizes her expressiveness to serve as the foundation for her lyrical talent infused with jazzy instrumentals and sultry melodies. The Florida-born, Los Angeles-based singer-songwriter has captivated listeners worldwide with the success of her song “Won’t Pick Up The Phone” amassing over two million streams across platforms. The billboard topping artist has found success within a growing fan base with her emotionally-charged ballads that speak to love and loss. Nya’s bold personality, artistic creativity, and ability to remain true to herself make her a mesmerizing act to follow. Listen to her latest hit, “Closer Than Close,” an intimate look at young love.

Fall into a lush soundscape of breezy vocals and dreamy lyrics in Nya’s animated lyric video for “Closer Than Close”. Produced by an elite team of Grammy-winning artists, the song transcends Nya’s ethereal vocals to new heights as her melodies paint the picture of her long-distance relationship with her Uruguay-based fiancé – and her frequent commutes back and forth from their home there to Los Angeles. The song is the essence of finding sanctuary within a person you love, allowing fears and insecurities to wash away with a simple touch. Nya also flexes her talents with flow and style with a rap element that offers a slight groove to the track and brings about a carefree and whimsical feeling that is exciting and comforting at the same time. The lyric video paints a story of two couples who find each other and fall in love by chance that unfolds like a traditional anime romance story. The video offers gorgeous scenery and shot composition, highlighting how love triumphs over stormy nights and flower-filled fields. For a more up-close and personal introduction to Nya, check out her track for “Closer Than Close”.