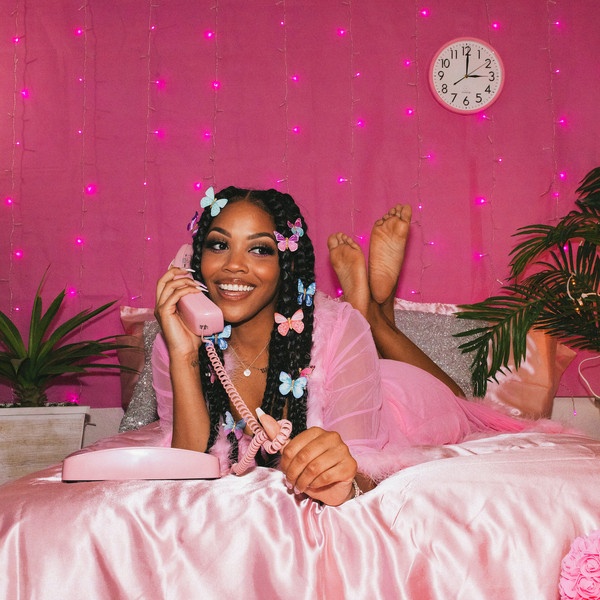 Molosser CRUDE debut with a live-in-the-studio video of their own original Bye Bye Grace, where they combine a heavy stoner vibe with the flowing rhythms and riffing of heavy sixties rock. The result is pure Molosser CRUDE, and the sound is so dense that it would be hard to shoehorn in another instrument. Over this massive musical onslaught, Tess lays down her melodic yet powerful vocals.

DUST PROPHET Release “When The Axe Falls” Via Decibel Magazine

Stoner rock band DUST PROPHET have released their new single “When the Axe Falls” via Decibel Magazine. The single is from their upcoming album One Last Look Upon the Sky which will be out later this year. The song will be on all streaming platforms June 10th,

Cat and The Queen Returns with Compelling New Single

After some time away from the city, Cat returned to Toronto and was confronted with reality. Mentally, she got herself into a bad spot. In the throes of pretty severe alcohol abuse, she felt as if she couldn’t get it together. One afternoon when she was in her bathtub – soaking silently, overcome with the fantasy of ending it all – something sparked in her: an urgent calling to go to her piano. Still wet from the bath, sitting at the piano, she wrote the lyrics out with total flow.

Rhythmic and rambunctious in equal measure, meticulous new track “Haze” seesaws between infectious and ansty in a beat — and evokes how unexpected the onset of intrusive thoughts and mental hurdles can be.

The album’s title track is a nostalgic and pulsating pop rock number which reflects on young love and early romance, reminding the listener that anything remains possible and the energy of one’s youth is infinite.

SCHANDMAUL, leaders of German medieval folk rock, unveil a genius offering of storytelling and medieval instrumentation spliced with modern influences on their uplifting new single, “Das Gerücht” (eng.: the rumor), in which sounds of long forgotten times meet the modern world. Even though technology and many other things have changed over the last few centuries, some things never do – like the spreading of rumors. This topic is illustrated by SCHANDMAUL in the lyrics and the impressive video for their newest single.

“‘Reasons To Live’” is about a time when I felt truly drained and incapable of happiness,” shares frontwoman Heather Baron-Gracie on the song. “Then I found someone who showed me a reason to live.”

Girl, I Wanna Be Your Girlfriend, queer coming out anthem

Her music is a stunning mix of contemporary R&B, indie pop and electronic. She candidly profiles her battle with anxiety and difficulties growing up as a black girl in a mostly white Morman community. She has been added to Spotify’s New Music Friday and been praised by the likes of One’s To Watch, LADYGUNN, Earmilk and more. Thanks for your consideration,

New Jersey progressive trio, GATES TO THE MORNING are streaming their new single “Moon In the Mid-Day Sky” exclusively via Ghost Cult Magazine. The song is from their album Walk Between Worlds which is out on July 22nd, 2022.

The band comments “Moon in the Mid-Day Sky” is the first single from Gates to the Morning’s upcoming sophomore effort “Walk Between Worlds.” “Walk Between Worlds” is a dreamy and atmospheric divergence from some of the bands heavier material, serving as a sort of calm before the storm as the band will resume their heavier progressive/post-black metal sound on the two follow up albums that have already been composed. In the meantime you can enjoy a flight through ethereal landscapes and dream-like atmospheres with “Moon In the Mid-Day Sky…”

Step Into A Dazzling New Music Video “Walk Away” with ElectraQueens

After years branded as The Highway Women, The newly branded ElectraQueens have revamped their sound and image. “Walk Away” is the first original song by the ElectraQueens. Their vocals and harmonies are more stunning than ever before as they quite literally walk away from everything we thought we knew about the group. Their new music video for “Walk Away” released today via VEVO.

Today, NYC post-punk group Catcher share a self-directed music video for “Behind a Bleeding Heart,” the final single off their debut album, The Fat of a Broken Heart (released earlier this year). Via their new visual, the track is translated into a hazy world of raucous live fervor, a perfect example of the homegrown greatness this group is capable of.

Hollywood Life premiered the “Heirloom” lauding the song: “The band delivers an emotionally-fueled anthem for those who are doing their best to keep it together despite all the demons living behind their eyes.”

Legendary rapper, producer, entrepreneur, and Academy Award winner Juicy J has announced his new collaborative album with super-producer and artist Pi’erre Bourne available June 22 that J executive produced. J’s signature grit paired with Bourne’s melodic, airy style bring together an album made the perfect hip hop listener. Today, you can hear the first track called “This Fronto,” which has all the makings of a summertime club banger and sets the tone for this high energy album.

URFERD, the Nordic folk solo project of Daniel Beckman, has released a new music video for the track “Gryning”. The song is off of Urferd’s debut album, Resan, which was released on April 15, 2022 via Black Lodge Records. Fans can check out the video for “Gryning”, which was produced by Andrea Mantelli, at the link below.

For new listeners and latecomers there was no handier introduction to Leeds collective Gotts Street Park than their recent EP Diego. A musical suite of instrumental songs formed from the raw energy of being together in one room and which drilled into the nucleus of GSP.