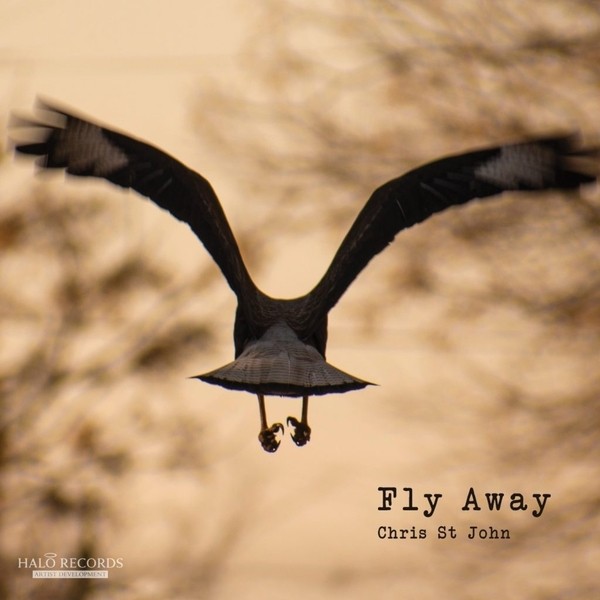 Melodicism is the most important thing on Chris St. John’s mind heading into this summer season, and if this weren’t the case I doubt he would be giving us as purely melodic a listen as he does with his new album Fly Away.

Fly Away is beautifully smooth and driven by harmonies that remind me a lot of the old school Americana revival we saw some 20 years ago at the start of the mid-2000s, but with a twist – these are much more organic both in structure and presentation, pushing the genre and its core aesthetics forth into the new territory befitting a new generation of players. St. John has a commanding profile here, and with his voice and instrumental wits, he gives us some of the more defiantly exciting indie-folk I’ve heard this year.

“Disappear” and “Hold On” present us with a lot of compositional contrast between them, and yet they don’t sound like strange bedfellows for this tracklist at all. If anything, I actually think that the differences in the songs here showcase a lot of the versatility that Chris St. John is bringing to the table with him, primarily as a composer who doesn’t sound all that tethered to a specific scene or critic-dubbed revolution in the underground. He wants us to know that he’s more than the typical folkie breaking off simplistic songcraft like it’s some sort of miracle – his music has something to say, and it’s independent of what the rest of the artists in his scene are doing right now.

I love how poignantly St. John is able to deliver the verses to us in “I Just Knew,” the acoustic version of the title track, “Look For Me,” and “My Sunrise,” all of which could make a slew of fine singles in support of Fly Away’s release. I get the impression from this player that using a mood to trap us right where he wants us is his main aim from the start in this tracklist, but he doesn’t want to use immersive surrealism in the same fashion a lot of his contemporaries have. This is still a very straightforward record, and it’s got enough of a crossover appeal with country music to keep Nashville fans excited as well (which isn’t something I’ve said about any other folk albums this season).

If you’re like me and didn’t know very much about who Chris St. John was before listening to his work this June, I recommend making a point of hearing what he has to say on Fly Away before too much longer. This is an LP that doesn’t demand a lot of attention; it commands us toward its key themes, and it never feels like it’s been recycled from something else currently on record store shelves. St. John is one of the last true troubadours who doesn’t want to live in the past, and if you ask me, what he’s able to say with Fly Away is by far one of the more important messages fans of this genre can get their hands on right now.