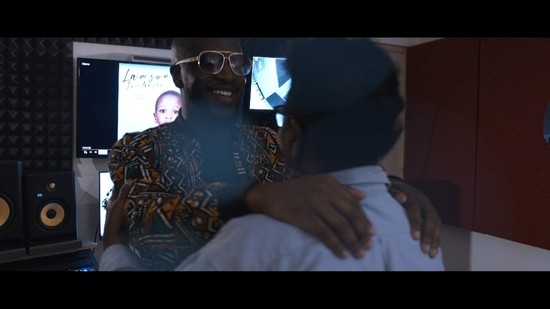 Lawson is a drummer, vocalist, and composer. He started playing the drums when he was six years old, taking his cues for how to play from other drummers he observed. The first time he heard the instrument was at a place of worship.

At the age of seven, he travelled to the United States, more specifically to the state of Virginia, where he participated in a gospel conference that was referred to as “The Calvary Pentecostal Campground.” The Reverend Ruth Ward Heflin was in charge of this assembly of approximately three thousand people. Lawson started his career by working there every night for the next two years, which is considered the beginning of his professional career.

Mothers are the pillar upon which every family is established and maintained. Women who can successfully raise their children independently are in a class by themselves. There will be twice as much work to accomplish, twice as much stress, and almost no chance of getting a break at any moment. They are deserving of our concern and respect for everything that they do, which is why we should show it to them.

Even in situations in which two people share parental responsibilities for a child, each parent will still be required to overcome challenges and make sacrifices to live up to the expectations placed on them as parents. This is the case regardless of whether or not the child has a biological parent. On the other hand, the obstacles become a great deal more difficult to surmount when only one parent is living in the household.

My mother raised me on her own while I was growing up, and I have first-hand knowledge of my mother’s challenges daily. This has allowed me to better empathise with her situation. Stated Lawson Jr.

There is a song called “mom” that Lawson Jr. has contributed to the second edition of the Focus Project, and it may be found there.

This song was composed as a tribute to his mother, who had exclusive custody of him throughout his childhood and bore the entire burden of responsibility for his upbringing. He expresses his gratitude to the lovely and breathtaking mother who never gave up the struggle of bringing up a child who is strong enough to excel at anything in the world. “He is expressing his gratitude to the mother who raised a son who has the potential to be successful in anything he sets his mind to in this world. He is speaking highly of the mother responsible for the boy’s upbringing. In this song, he apologises to his mother for the times when he was preoccupied with other things and unable to pay attention to what she was saying since he was always thinking about something else. He admits that he was preoccupied with other things more often than not.